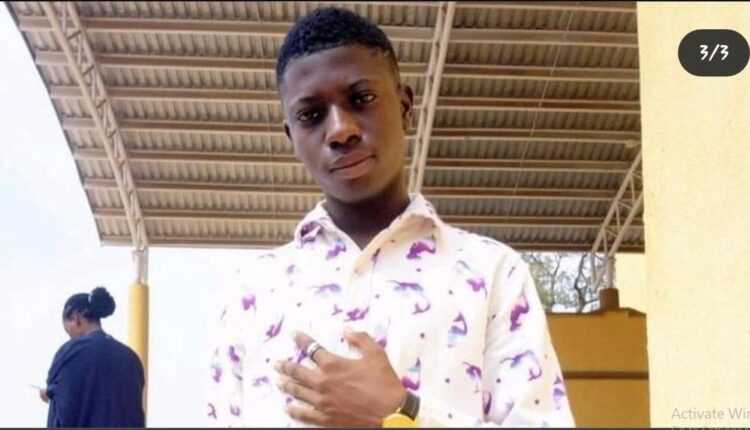 A 300-level student of the Department of Agriculture, University of Illorin was found dead after being duped by a Forex Trader.

The victim, Gbenga Favour Olaoye-Akanbi, was said to have committed suicide after he alledgedly duped by a Forex Trader by the name of Eseka Chuckwutem Gospel (ESG).

According to his family, as reported by Sahara Reporters, the 300 level student, Olaoye Akanbi was found dead by his family on Sunday, after he drank poison.

You would recall that Olaoye Akanbi had earlier been accused of being the frontman for the scheme.

Olaoye Akanbi was said to have invested over N300 million which he had gathered from his friends and colleagues in the business run by ESG. A friend of the deceased in an interview with Sahara Reporters, said that the 19-year hold had been lured by his friend into an investment termed as ‘Forex’ but of which turned out to be Ponzi Scheme.

Olakunle Churchill Shades Tonto Dikeh For Calling Him a…

Davido Finally Reveals The Face of His Son, David Adedeji…

The investment is forex. The guy’s name is Eseka Chuckwutem Gospel. We started the investment together this year. It seems he stopped trading, so he turned indirectly to a Ponzi scheme without the knowledge of those investing.

“Later on, the investment crashed, and the guy was arrested. With the help of some senior police officials, he was released. So over time, people that were with ESG as investors( they had borrowed money to invest) were now being pressurized to repay the loan they took. I am one of the investors, too; we were under a lot of pressure to pay up. So I think because of this guy’s age, he is just 19-year-old, he couldn’t withstand the pressure and committed suicide.”

A course mate of the deceased had assured them that it was Forex and no Ponzi scheme and that he had back up funds, enough to pay his investors their capital and profits if anything went wrong.

“It’s so sad; I have over N5m investment deal with him. He claimed to be the one doing the trading initially, but when the problem started around June, he started mentioning one Eseka Chuckwutem Gospel as his boss. He told us they were arrested together, but that our money was safe with him”.

He further added that he had been shocked to hear about the guys death, following his promises to pay everyone’s capital before December.