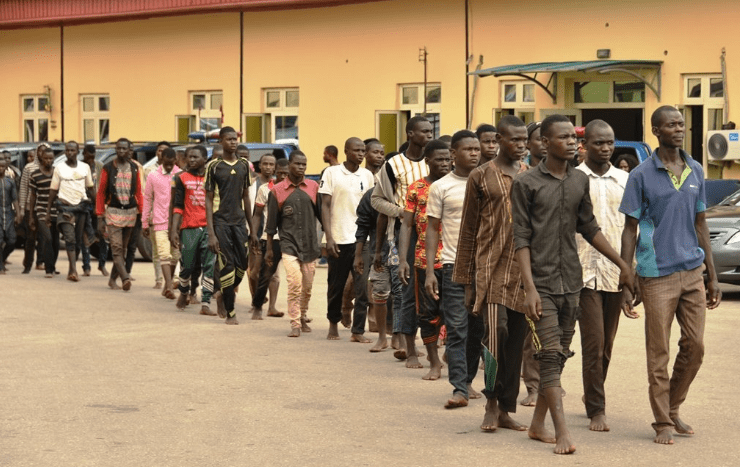 Not less than 123 petty traders from the Northern part of the country have been intercepted and detained by Lagos State government for “mass movement” into the state.

The arrest was confirmed by Lagos State Government on Friday. It was learnt that the majority of the people are commercial motorcyclists who were trying to enter Lagos.

The chairman of Lagos State Taskforce, Yinka Egbeyemi, said the trailer was accosted in the wee hours on Friday, after a security alert from the public.

He said his team swiftly responded to the information, which led to the seizure of the truck and its occupants at Agege area of Lagos.

80 in Lagos, as Total Number of Coronavirus Cases in Nigeria…

“While my team was on operation, we got information from the public that some people had entered into Lagos in trailer loaded with over 300 people. We swiftly responded to the alert and trailed the truck from Berger area to Agege. We eventually intercepted the truck which carried no few than 123 men and 48 motorcycles.

“We have interrogated most of the truck’s occupants; from the information we gathered, some of them said they were coming from Jigawa State, with 48 of them claiming to own seized motorcycles. The rest of them said they came to Lagos in search of greener pasture.”

Mr Egbeyemi said the Lagos Police Command had directed that a fact-finding panel be constituted to profile the detained occupants of the truck, but he added that nothing incriminating was found on them apart from the motorcycles.

80 in Lagos, as Total Number of Coronavirus Cases in Nigeria Hit 1095