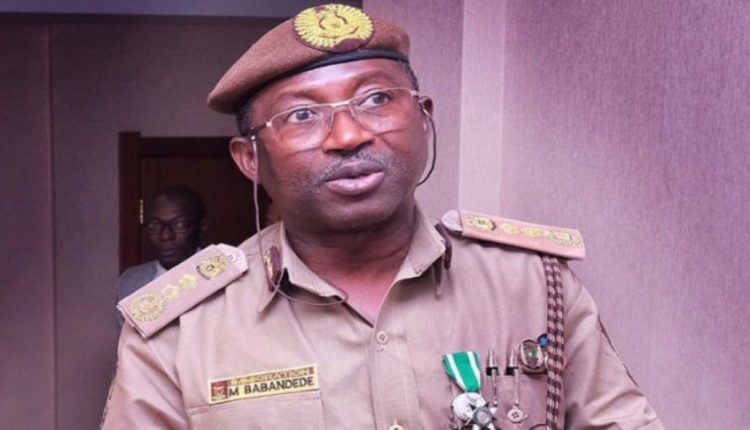 Nigeria Immigration Service General, identified as Muhammad Babandede has tested positive for the novel Coronavirus just some days after coming from the UK.

A statement released by the media office of the service earlier today and signed by one Sunday James stated that Babandede had since gone into isolation.

The statement can be found bekow;

“The Comptroller General of Nigeria Immigration Service Muhammad Babandede health status with regard to Corona Virus and his self isolation since he returned from UK.

“As a top official of government he has adhered to the NCDC instructions to self isolate and undergo test.

All The Visa Free Countries For Nigerians

“The result of the test came out positive, hence t he need to make it public, he convey his goodwill to all and he is in stable condition responding to treatment.

“The Nigeria Immigration Service community will continue to deliver on its mandate for the nation even in this trying times as we pray the whole world get over it, Nigeria inclusive”.

Recall that the immigration head had come back to Nigeria via a British Airways flight which arrived Lagos on March 22.

All The Visa Free Countries For Nigerians