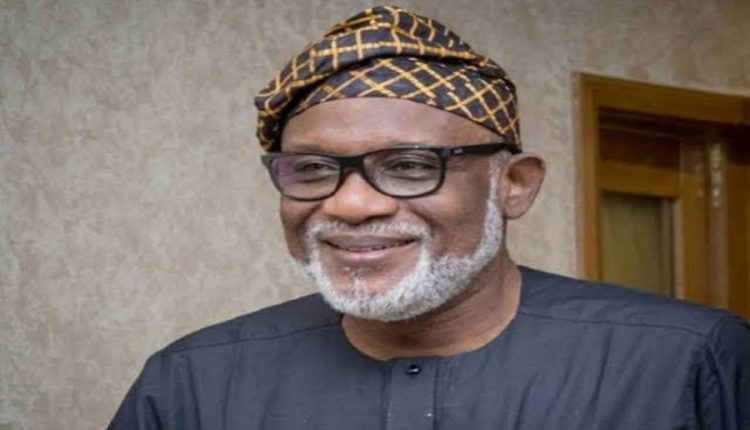 The Ondo state government, under the leadership of Governor Rotimi Akeredolu, has granted permission to churches in the state to hold Easter celebration services on Sunday April 12 despite the total ban on public gatherings in the state due to the Coronavirus pandemic.

A statement made available by the chairman of Ondo chapter of the Christian Association of Nigeria(CAN), Reverend John Oladapo, yesterday Wednesday April 8, said the state government granted permission on condition that all churches would adhere strictly to all precautionary measures to combat the spread of Coronavirus.

Rev John Oladapo made it clear that part of the conditions include washing of hands with soap and water by worshippers, use of hand sanitisers, limiting services to 20 people in a small church building, 50 persons in a medium size while big and cathedrals must maintain 3 congregants on a pew.

The CAN chairman further said that the Easter services would hold between 7am and 12noon on Sunday and warned against posting the church services on social media.

The Ondo state Commissioner of information and Orientation, identified as Donald Ojogo, confirmed the development by saying that the state government graciously granted the permission because Easter Sunday, is one of the most important yearly celebrations of the church. Ojogo also said the state Government has already communicated to the Ondo State Police Command about the permission granted to CAN.

He rounded up by saying that there will be no Easter Retreat (Good Friday Programmes) or the Jumat service gatherings on Friday April 10th or ‘Gallilee’ services on Monday April 13th. Donald Ojogo said the ban on all social, political and religious gatherings continues afterwards, until further notice.