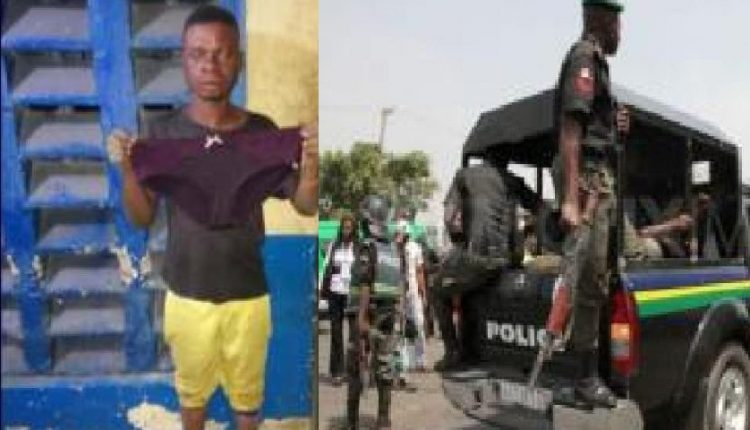 Police Arrested Vulcanizer for Stealing his client’s Panties for Rituals

A 22-year-old vulcanizer, identified as Dele Ope, has been arrested by police officers attached to the Ogun State Command for allegedly stealing the pant of a client for money rituals.
In a statement, the PRO, Ogun State Command, DSP Abimbola Oyeyemi, said the suspect was arrested following a complaint from a woman at Warewa Division of the State police command.

Zlatan Ibile Recounts How Life Was Tough While Growing Up

“The woman said that she discovered that her car tyre had been deflated and wanted to go out. She invited the suspect to fix the tyre in her house.
After he left, she discovered that the pant she spread on a rope within the compound, had gone missing.
Since the vulcanizer was the only person who came to the compound, she went in search of him but he was nowhere to be found.
She quickly reported to the police and detectives were sent to the area where the suspect was traced and arrested. A thorough search was done in his house and the woman’s pant was found.
Upon interrogation, the suspect confessed to have stolen the pant with the intention of taking to a herbalist for money ritual,” she said. The culprit has been detained and would be charged to court

Zlatan Ibile Recounts How Life Was Tough While Growing Up