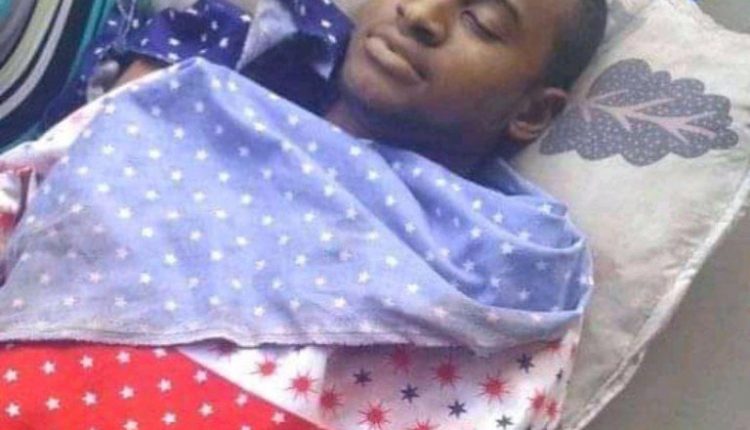 The Police Command in Abia yesterday confirmed the arrest of a yet to be identified policeman for killing one Mr Friday Arunsi, a middle-aged businessman at his Ebem Ohafia community.

The Abia Police Public Relations Officer, identified as SP Geoffrey Ogbonna, who confirmed the arrest to sources yesterday, said that police operative who killed the businessman was currently in detention.

Ogbonna also said that the Police Commissioner in the state, Mr Ene Okon went to Ebem Ohafia on Saturday with a team to console the family of the deceased.

An eye witness, identified as Sunday Onwuka said the policeman on Friday shot and killed Arunsi at his shop at Ebem, in Ohafia local government area of Abia.

Sinkhole Appears in the Middle of a Road in Ogbor Hill, Aba,…

One Dead And Another Critically Injured as Billboard Falls…

Covid-19: Abia State Bans Weddings and Burials of Over 30…

The eye witness said that the late businessman and his uncle, Moses, were offloading their consignment of beverages from a truck at their store at Eni Njoku Street in Ebem when some policemen walked into the shop.

Onwuka said that the policemen told Moses and Arunsi to stop offloading their goods from the truck that brought the consignment but Arunsi and his uncle asked them why they should stop.

Onwuka said that instead of giving them a reasonable response, the policemen threatened them and later walked to the police station where they signed for a gun which they allegedly used to kill Arunsi on their return.

He concluded by saying that in an attempt to save Arunsi’s life, his kinsmen rushed him to the Federal Medical Centre (FMC), Umuahia where he was confirmed dead late on Friday.

Sinkhole Appears in the Middle of a Road in Ogbor Hill, Aba, After Heavy Rainfall

Covid-19: Abia State Bans Weddings and Burials of Over 30 Guests