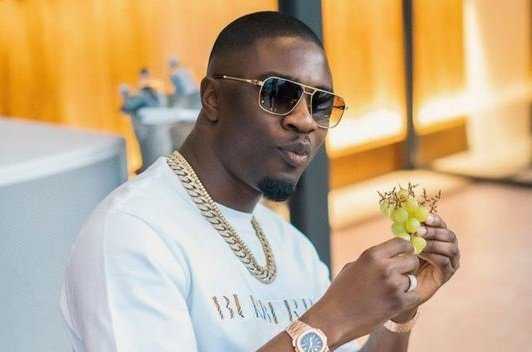 Reasons Why Woodberry Fraud Case Was Dismissed In Court

The fraud case that was filed against the Nigerian rich guy Olalekan Ponle, who is popularly known as Woodberry, has been dismissed by a US court.

Remember that the Nigerian big boy, popularly known as Woodberry, was accused of a multi-million dollar wire fraud, alongside another big boy, Hushpuppi.

Following their arrest in United Arab Emirates, they were extradited to the United States on June 10, for multiple fraud charges after a raid by Dubai crime operatives.

According to the Premium Times, the United States Government on June 20, filed a motion through its attorney, John R. Lausch, requesting that the case against Mr Ponle (Woodberry) be dismissed without prejudice.

According to the claims against Woodberry, he had allegedly tricked an unnamed Chicago company, into sending wire transfers totaling N5.8 billion. Other companies based in Kansas, Michigan, New York, and California were also alleged as victims of the fraud.

However, Woodberry’s dismissal described, which is described as “without prejudice” also means it is temporary as the prosecutor can refile within a certain period of time.

The action of the US court concerning Woodberry”s fraud case has gone viral on social media and has left many people wondering why the case was dismissed.

The news is currently one of the most talked about on Twitter and so many Nigerians have been expressing their different options concerning this matter.

Though some Nigerians showed happiness and celebrating over the dismissal of the fraud case against Woodberry, a lot of others are extremely shocked and filled with dismay over how the case was dismissed, because they fill that this would encourage so many people to delve into cybercrime and other forms of criminality if there are no punishments for crimes.

However, many others were also critical of the U.S Justice System:

There are some set of people who are optimistic that the US government would file another charge against him soonest.

Kemi Olunoyo also had this to say about the new development” “#SurvivingHushpuppi What the dismissal of Woodberry’s case means: The HushPuppi prosecutor will likely file another case against Woodberry in that case. Woodberry’s alleged fraud proceeds went straight to a Bitcoin wallet, cannot be retrieved so the case was meaningless to them.

Replying to Kemi’s statement, here are some other reactions from Nigerians on the astonishing issue:

Reasons for Dismissal of Woodberry’s Case

There’s no doubt that Nigerians on Twitter are reacting with half the information. Further clarifications today, state otherwise.

Speaking on the reasons for the case dismissal, Mr. Nash, the Chicago Lawyer representing Woodberry, stated that the case was dismissed because the government charged Woodberry with a “slightly different crime”. But he provided no further clarifications.

Furthermore, upon contacting Assistant U.S Attorney, Joseph D. Fitzpatrick, Premium Times learned that it was only the complaint that was dismissed but the grand jury indictment was still active. Therefore, he (Mr. Joseph) said that Mr. Ponle “has now been charged by indictment, instead of being charged by the complaint by FBI”

At the time, the accused is still in the custody of the US Marshal.