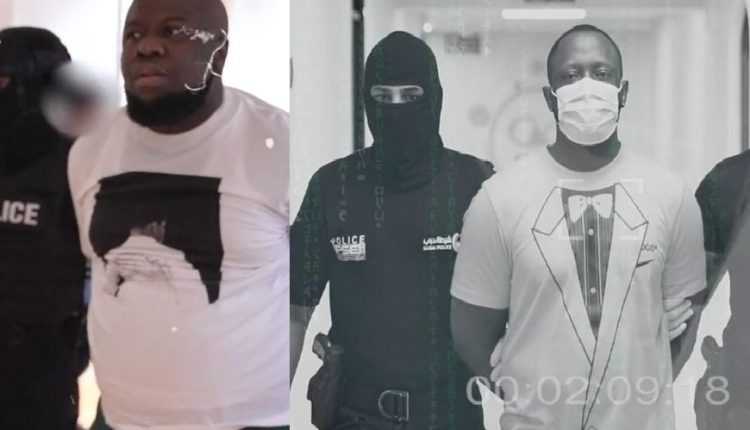 Video of How Hushpuppi and his gang defrauded 1.9 million people to the tune of N163 Billion has been released

In the latest development of the Hushpuppi fraud case, a new video by the Dubai police detailing how the arrest of the Nigerian Dubai-based big boy was effected, has begun trending on social media.

It should be recalled that earlier this month, it was reported that the Dubai Interpol and the FBI apprehended the Big Boy in his residence in the United Arab Emirates country.

The story of his arrest has since been serving rounds on social media with a lot of people elated that the flamboyant socialite has finally met his woe.

In a new video that’s currently trending on social media, released by the Dubai police, it confirms the arrest of the socialite following an extensive operation named “Fox Hunt 2”, which revealed a hidden online fraud network that was committing crimes outside the UAE, including money-laundering, cyber fraud, hacking, criminal impersonation, banking fraud and identity theft.

In the video, it’s revealed that the socialite was apprehended alongside twelve other syndicates. Following their arrest, it was revealed that they hack corporate emails and clone websites to redirect payments to their own accounts.

About 1.6bn Dhirams stolen was stolen by them, they had over 1.9m victims, over 25m Dhirams in cars, 150m worth in items. The successful raid resulted in the confiscation of incriminating documents pertaining to a well-planned international fraud, worth Dh1.6 billion(N168 billion).

The video instigates the Dubai Police’s commitment to fighting crime and corruption in the country.

The video has since gone viral on the internet with Nigerians having a lot to say about the situation… Reactions from Nigerians as they unfold will be shared shortly.