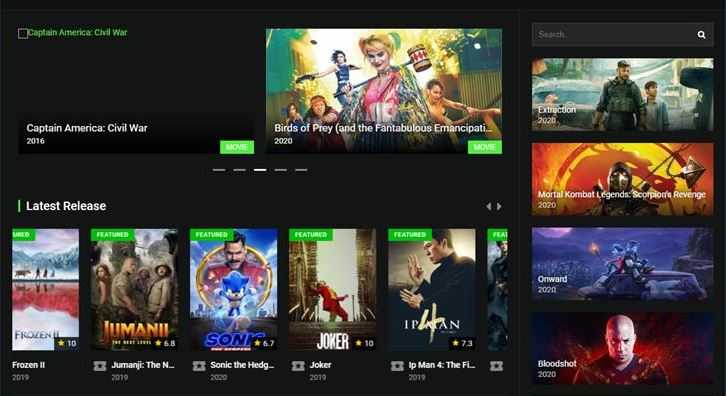 Movies! This article would enlighten you you on the 10 best Couchtuner alternatives to watch movies online. So enjoy yourself.

The movie industry has become a billion-dollar industry because of its constant viewers. Every individual is content consumers, either they are looking for something to keep them busy, educated, or a good source of entertainment. This alone has led to the advent of various online streaming services and platforms. One of which is Couchtuner. Couchtuner is an online website that allows its viewers to watch different movies online or series for free. It’s quite old and it has been around since 2010. The site faced many lawsuits because of its pirated content but it also served as the initiator of the idea of streaming movies online. The site has even been shut down but it still goes with the function of different domain names like .arg, .edu, and .com. Although one may still be able to access the site, though, it requires the use of a VPN if the website is not accessible in your country.  The VPN helps to change your IP address and usable VPN include:

VPN That Can Grant You Access To Watch Movies Online

Couchertuner has been known to contain malware and virus content that can be harmful to one’s system or device. But, due to the website’s pirated content, It’s best advised to avoid the website. Even its viewers complain of the total many redirections and lack of ability for autoplay. So, below are the best platforms for streaming movies online:

Our number one on the list is well known all across the globe. It is known for its viewing content, video quality, autoplay, and continuation, a large number of subscribers. On this platform, you can watch a vast variety of movies and TV shows ranging from Hollywood to other country’s movies. Netflix is an American media service provider with its head-quarter in Los Gatos. It was founded by Reed Hastings and Marc Randolph. They began Netflix on August 23, 1997, first as a DVD rental business. Then decided to expand into the streaming movie business, when online streaming was introduced. Now, Netflix has a wide range of subscribed members of about 190 million,  whereby 73 million are from the United States and others from different parts of the world excluding China, Syria, and North Korea due to certain restrictions.  Although, Netflix is not free it gives a 1-month free subscription to new members. Also, Netflix has a market cap of 20.156 billion dollars and it’s currently the largest entertainment media company in the world. As if that is not enough, they have a total of 8,600 workers and the incorporation also produce and distribute their movies onl ine, known as Netflix originals. Official website: netflix.com

This is a South African streaming network established by the Multichoice group. It began its operation five years ago on the 19 of September 2015. It has a range of popular programs like the big brother Nigeria, Henry Danger, and many more for the viewers. The video streaming service has a wide range across foreign countries like Belgium, Finland, Italy, and many more, and also in African countries like Nigeria, Gabon, Gambia and others. The streaming service seeks to create comfort and entertainment for its viewers by providing license-owned content. Official website: showmax.com

It is also a video on demand owned by NBC and The Walt Disney, situated in America. The Walt Disney company gained 60% ownership in Hulu when it acquired 21st-century fox in march 2019, thereby giving them the majority stake in Hulu. It was founded on the 29th of October 2009 and has its head-quarter at 2500 Broadway 2nd Floor, Santa Monica, California, United States. It serves both America and Japan in both English and Japanese respectively. Official website: hulu.com

This is also a video on demand owned and distributed by amazon. The platform offers various shows and different movies online across UK, USA, Germany, and other territories across the globe. Prime video is also known as Amazon prime video also provides access to Amazon to many viewers and even  HBO access is granted. They have their headquarter is in Settle Washington. The prime video platform was launched in September 2006 in the USA and since then they have expanded their reach beyond their initial start-up. Official website: www.primevideo.com

This is another platform designed and distributed by (DTCI).  It releases and distributes movies online created by The Walt Disney and Walt Disney television. It also offers shows from marvel, star wars, Pixar, and national geographic. The video streaming has about 60.5 million followers and it debuts in the USA on November 19, 2019, in the United States, Canada, and the Netherlands.  They also offer a free trial mode. Official website: disneyplus.com

This is another video streaming platform that offers different movies and TV shows. It began in Australia on the 26th of January.  Their headquarter is located in Sydney,  New South, Australia. The platform Aldo requires a monthly subscription from its users. They also have a total of 2.1 million users.

This is another pay television platform but it’s a joint venture of the news corporation and Telsa company. News Corporation owns 65% of the shares while Telsa owns 35%. The platform was founded 24 years ago on the 22nd of October 1995. It offers quality video display and entertaining viewing content.

This is an American based steaming company that was established in 2014. this platform is owned by fox media and it supports advert. It is being managed by the founder Farham Massoudi. The company is based in California USA.

This is another streaming app that allows the watching of movies online for free. The platform also supports advert and it also provides good streaming quality like video quality, autoplay, and many more

This is the last streaming movie platform on our list. It is an American based streaming service that provides viewing content to its users on a mobile phone. It is well known since August 2018. This platform had a long list of investors like BBC Studios, Walt Disney, Sony pictured, and others. The platform looks to gain the attention of the younger generation.