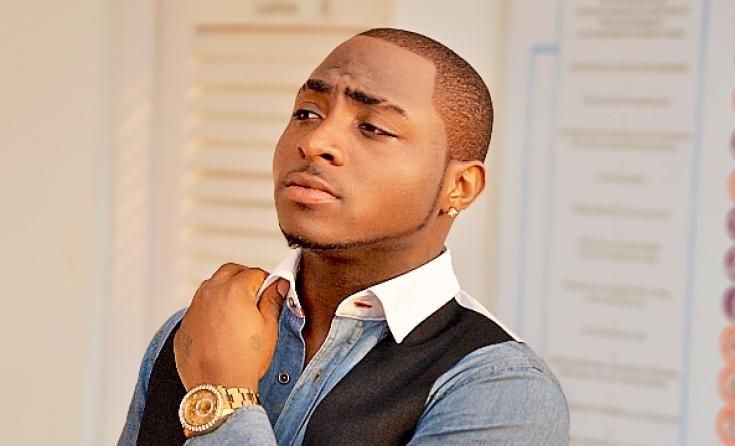 At the upper echelon of the Nigerian music industry, we find the most popular artists in this country — here are the 5 Nigerian artists with the highest number of followers on Instagram.

For musicians in Nigeria and worldwide, the number of their Instagram followers determines their popularity. Having millions of followers on this famous social media network is used as bragging rights.

However, that’s not the only benefit that comes with achieving a huge fan base on social media. With a large followership on Instagram, an artist — or even any popular personality — will earn whopping income from endorsements and adverts.

Indubitably, hitting a large Instagram followership on social media is essential for a musician’s brand in a number of ways. Let’s look at the 5 Nigerian artists with the highest number of followers on Instagram.

Born November 21, 1992, Davido is an international musician, whose real name is David Adeleke. He was born in Atlanta, US, but grew up in Lagos. The artists, who is an indigene of Ede, Osun State, boasts many hits in his discography.

The OBO crooner rose to limelight on dropping Dami Duro, and his music is among the most popular in Nigeria and the broader African region. Also, Davido is a philanthropist, who doles out cash gifts to his fans once in a while — a gesture that has boosted his popularity.

With 13.4 million followers on Instagram, the artist is no doubt one of the biggest names in the Nigerian music industry.

Yemi Eberechi Alade is among Nigeria’s top entertainers and performers. The 30-year-old diva rose to prominence in 2009 when she emerged the winner of the Peak talent Show. She is best known for Johnny, which is one of her many hit singles.

Having 8.9 million followers on Instagram, Yemi Alade is one of the most popular artists in Nigeria today. Though her fan base is limited to Nigeria — her home country — Yemi’s style of music wins her massive support from other countries in Africa.

She rose to fame acting Yoruba movies but her popularity soared when she started her TV series, Jennifa’s Diary. The law graduate from UNILAG has won a number of awards and has more than 100 movies under her belt as an actress, producer, and writer.

How Many Banks are in Nigeria? List of banks in Nigeria and…

Tiwatope Savage, born 5 February 1980 and commonly called Tiwa Savage, is a singer, songwriter, and actress. She was born in Isale Eko, Lagos but spent part of her childhood in London, UK.

The ex-Mavin first lady started her music career at 16 and released her first studio album, Once upon a Time, in July 2013. With 8.7 million Instagram followers, she is the third most followed artist in Nigeria and also the third lady on this list.

She has been getting many hits recently, which has made her even more popular on social media. Tiwa Savage has won many awards, including The Headies Award, and received several nominations.

Ayodeji Ibrahim Balogun, whose stage name is Wizkid, was born July 16, 1990. He began recording music at 11 years of age. Also called Starboy, Wizkid is an international singer, songwriter, and entertainer, who rose to limelight with the release of Holla at Your Boy.

He started his music career with Empire Mates Entertainment (E.M.E) in 2009. Apart from being one of the most followed artists in Nigeria with 8.6 million followers, he was also the first ever Nigerian musician to hit more than 1 million followers on Twitter.

In 2016, he achieved global recognition after collaborating with American singer and rapper Drake on One Dance, which was an international hit. This song reached No 1 in 15 countries, such as the US, Canada, the UK, and Australia.

When the famous group P-Square broke up in 2017, many of their fans in Nigeria had thought Paul and Peter Okoye would find an arduous task to become successful as a solo artist. Though the split did affect their individual career, they were able to weather the storm.

Peter Okoye has managed to release a number of singles after the breakup and also performs in several shows both in Nigeria and abroad. With 7.5 million followers on Instagram, he is definitely one of the most popular artists in the Nigeria music industry.

All over the world, the followership artists enjoy on social media is a strong pointer to their popularity and acceptance in society. Artists with a large number of followers on social media networks reap a number of benefits, including mouth-watering endorsement deals and huge advert revenues.

As you can see above, the 5 Nigerian artists with the highest number of followers on Instagram are Davido, Yemi Alade & Funke Akindele, Wizkid, and Peter Okoye. These are the most popular musicians of Nigerian roots on Instagram.

How Many Banks are in Nigeria? List of banks in Nigeria and their Headquarters