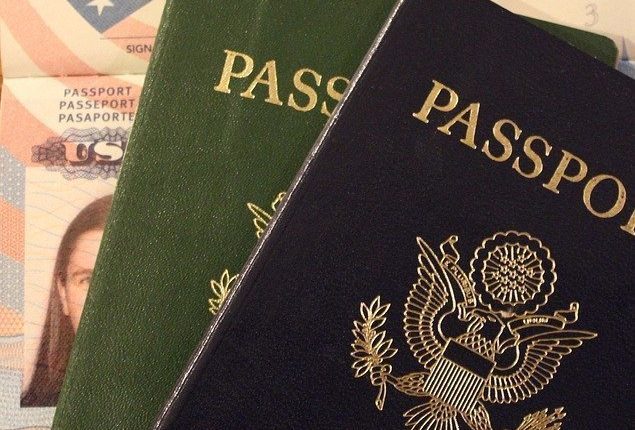 If you are wondering how to find your alien registration number online, we will show you in this article.

As a Noncitizen or immigrant moving to the United States, you will find a unique number attached to your visa. The U.S Citizenship and Immigration Services (USCIS) issues this number.

This is a government agency under the Department of Homeland Security and responsible for all lawful immigration into the country. If you are planning on going to America for any reason as a noncitizen, then you need to learn all about the Alien registration and how it differs from the permanent resident card.

Ready to learn more about the A-Number? Let’s get started.

Overview of the Alien Registration Number

To understand how it works, you must first realize how much of an alien you might be.

According to the USCIS, an alien is any person who is not a citizen or national of the United States. Therefore, the Alien Registration Number is the noncitizen’s legal U.S Identification number.

Who can get the A-Number?

The Alien Number is only issued to non-immigrants coming to live in the U.S. Therefore, if you are coming for a visit, tour, business, education, or any other temporary visit, you won’t be given this card. Naturally, visitors usually get the B1/B2 visas.

However, USCIS may also give the number to particular classes of non-immigrants who may have employment authorization or other privileges. For example, International Students can also receive the A-Number even if they are staying for a short period. F-1 student visa holders will receive work authorization letters containing the Alien Registration Number.

Although these classes of individuals are not looking for permanent residency (or applying for the green card), they also receive the number.

How is the A-Number Different from USCIS Case Number?

The USCIS Case number is more like the receipt number or application number and will obviously change if you have any other dealings with the USCIS. On the other hand, an Alien number is permanent.

Some people believe the Alien number comes after staying in the U.S for a long time. However, this is a wrong belief. As long as you enter the U.S legally, you will receive the A-Number automatically. Most people move to the United States after getting a job there, so it would come with your work permit. Others see asylum or refugee status through humanitarian programs.

So, once you are legally allowed and have been approved as an officially designated immigrant in the United States, your A-number comes instantly. This means you must have gone through the rigorous interview at the U.S consulate and given the immigrant visa to enter, work, and live in the United States. It is important to keep this number safe. Bear in mind that you will have to pay $220 USCIS immigrant free when you wish to move as a lawful new permanent resident to the United States.

What about if you already live in the United States

If you already live in the United States through scrupulous ways, then you must leave and re-enter legally to get your Alien Registration Number. There are a few exceptions, as some people can apply for Adjustment of Status (click here to learn more). In such cases, you may also need to consult an experienced immigration attorney to help you out.

Like I said, your Alien registration number comes before anything else, including the Green card. Once you have the A-number, you can now apply for the Permanent Resident Card. The Permanent Resident Card gives you the authorization to live and work in the United States permanently. Your green card will also contain the A-number, and you are obligated to have that card with you at all times.

What is the Duration of an A-Number?

The Alien Registration Number never expires, it becomes a part of everything you do while in the United States. Just like the Social Security Number, it enables the U.S. Government to track and finds records they have on you.

Note: If for any reason, you have more than one A-Number, then you must use the most recent number or all A-numbers you receive.

You will have the A-number for life. However, you must renew your green cards every 10 years, either 6 months before or after expiration.

Importance of the Alien Registration Number

Although the Alien Registration Number and Permanent Resident Card does not award you citizenship, it’s a powerful step in that direction. As long as you are over 14 within entering the United States legally, it is assigned to you, and you will be fingerprinted. This number will smoothen all legal processes, including applying for bank accounts, aid, employment, utilities, and housing.

How to Find your Alien Registration Number?

Naturally, your Alien Registration Number is listed on immigration documents such as your immigrant visa or permanent resident green card. Some of the documents where you can find the A- Number in:

Whenever you are given your permanent resident card, you will find the A-Number on the front side. It might also be embedded in the back with a mix of characters.

You can also find the Alien Number on your immigrant visa ( also called visa foil or visa stamp). In this case, your Alien Registration Number is merely tagged as the “Registration Number” on your card. You will find it at the top right part of the visa stamp.

Your Employment Authorization Document can also contain your Alien Number. The EAD is also known as the work permit and is usually given long before the Permanent Resident Card.

Some versions of the Notice of Action may also include the A-Number. This you will find at the right/top section of the document next to USCIS#.

Read this: EasyBuy Platform: Buy a Smartphone and Pay later

Other scenarios to find your A-Number

The Alien Registration Number applies to you automatically when you wish to reside in the United States. Therefore, as soon as you receive the work authorization, your A-Number will be assigned automatically. In the same vein, F-1 student visa holders will also receive this card.

If you are also applying for your green card or a marriage-based green card, they will both have the A-Number in it.

Workers under the Optional Practical Training (OPT) program will also have the A-Number.

As soon as you are given the immigrant visa, you will receive the Alien number.  This A-number is your gateway to seek the green card. If you entered the U.S through any other means, then it might be harder getting the A-number.