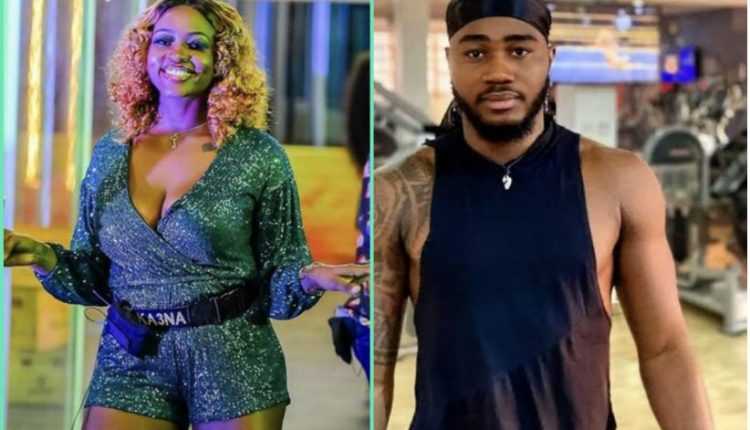 In a recent turn of events, Ka3na and Praise became the first of the BBNaija Lockdown season to get intimate.

These events happened on the night of Friday, 31 July, after other housemates had gone to bed. Unknown to the lovebirds, they were quite clearly caught on camera having sex beneath the sheets just after a truth and dare game earlier in the day.

It would be interesting to note, that both Ka3na and Praise have kids on the outside. Praise is said to be an exotic dancer who is engaged to be married to the lady who had a son for him. On the other hand, Ka3na is said to have married a 64-year old Briton who she has a beautiful daughter with.

It is even more shocking to note, that Ka3na has once said in an emotional moment in the house that she isn’t attracted to men and that her lifestyle was never funded by men.

Shortly after her entanglement, Ka3na alongside Lilo becomes the first set of housemates to leave the show. This is only a week after Big Brother put everyone up for eviction, and fans were instructed to try and keep their favorites in the show.

However, according to the public’s choice, Eric, Lilo, Praise and Ka3na were up for eviction.

Following the public vote, each house mates were invited to the Diary Room to nominate two of the bottom 4 for eviction. Sadly, and quite amusingly to some Nigerians, Ka3na and Lilo came to end their journey in the house.

Before leaving, Eric was seen hugging Ka3na before she left the house. She equally hugged other housemates alongside Praise, her entanglement partner.