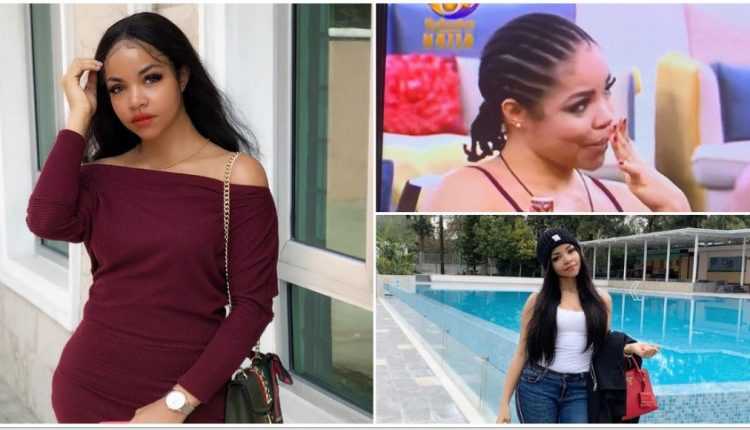 BBNaija: The drama is on as one housemate aged “22”, Nengi is accused of using a false age

BBNaija Housemate, Nengi, accused of lying about her age. Nigerians on Twitter are going wild about the new contestant and her supposed young age.

Just a few hours into the new season of the Big Brother Naija Reality show and already the heat is on as the new housemates make themselves comfortable in their new home for the next few weeks.

Last night’s was the BB Naija Premiere and over 21 housemates were unveiled at the event. However, one of them is already standing out for allegedly lying about her age on the reality show, while she was being introduced by Ebuka, she claimed to be aged 20.

However, some Twitter users were quick to point out this fake information. One such Twitter user identified as @mizzeah took the time to run a background check on the new BB Naija housemate. She found that, Rebecca Hampson, alias Nengi was said to have contested and won the Miss Peace Bayelsa Contest in 2014. And at the time, the said competition had an 18 years minimum. If Nengi is indeed 22, then she must have been 15 at the time (which is absolutely impossible).

And so, @mizzeah_ shared a different screenshot from the official page of the Miss Peace Beauty pageant. The screenshot showed the true eligibility age needed to participate in that competition and so, called out Nengi on her “inconsistent” age.

Here’s more from other fan tweets:

However, in a more recent development, some twitter, users have come in defense of Nengi. One stated that Nengi actually contested in 2017, while another stated the difference between the contests, and possible error on the particular “Miss Peace” pagent she must have contested in.

However, there’s no doubt Nengi would become one of the favorite contestants as Twitter users are already rooting for the BB Naija Housemate. It’s still early in the season, so we’ll be keeping our fingers crossed and sharing more fascinating insights as the show unravels.

BBNaija Day 3: I froze my eggs, and married a 64-year-old Briton (Video)