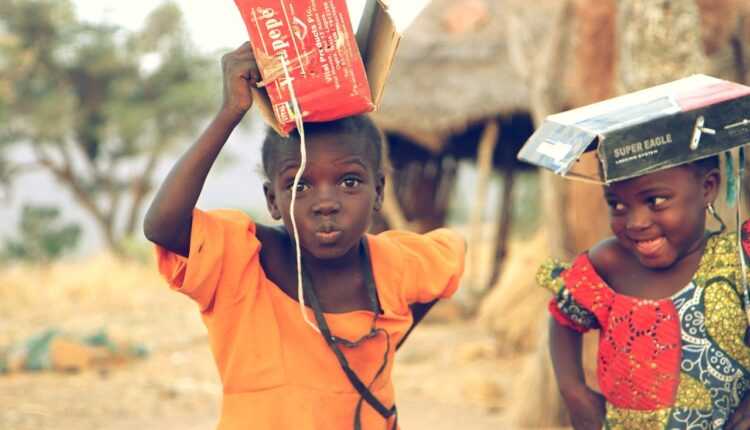 Ever had an argument on which tribe should be considered the most educated?

Today, you would be amazed to see the most educated tribes we have in Nigeria.

Let’s swim right into it.

A country like Nigeria having over 300 tribes in it, selecting the most educated amongst them would be quite sentimental.

Well, let’s read through and analyze these facts open-mindedly because, we would be the judge at the end of it all.

Igbo people are one of the largest ethnic groups in Africa. Yes, they make our list of the most educated tribes in Nigeria and for a lot of reasons.

First, they were one of the tribes that accepted Western education during the colonial era.  The Igbos value education to a great extent because you can never meet a typical Igbo man who isn’t educated.

I know some of us would say that Igbos are more business-oriented than educated, but we seem to forget that education is not only associated with classroom condition as we can be educated in various aspects of our lives be it in school courses or business courses.

So you see why I say the Igbo tribe is among the most educated and top on my list?. The likes of Prof. Chike Obi, Chinua Achebe, Chimamanda Ngozi Adichie, Olaudah Equiano among others are top-notch in the educational system and guess what,..they are all igbos.

The yorubas made it to the second spot on the list of the most educated tribes in Nigeria, but certainly not the least. Long before the advent of the Europeans, the Yorubas in the southwestern part of Nigeria developed a traditional educational system.

This tribe is indeed educated and has a notable number of professors amongst them. These people occupy management positions in many companies. I have heard people say the reason is that the yorubas were the first to be open to Western education.

But, whatever may be the case, they have some notable professors like; Wole Soyinka, Baba Fafunwa, Toyin Falola and many others to make them one of the most educated tribes in Nigeria.

These set of people are doing well especially in the political sector so, it would be wrong not to be part of this list.

Despite the talk that the hausas prefer farming to education, I want to let you know that they love education too and are doing very well for themselves.So they are fit to make it to this list. You know why? It’s because, they’ve got a very rigorous traditional educational system, even if it is based entirely on their religion.

The Edos are one of the most educated in Nigeria because there are a lot of highly educated and academically inclined individuals among them. The Edo people are also known to have migrated to Europe especially Italy, this has made most of them exposed to education. Their love for travelling and education are the reasons why we consider them one of the most educated tribe in Nigeria.

The Urhobos are people located in Southern Nigeria, near the northwestern Niger Delta. The Urhobos are the major ethnic group in Delta State. They have a domineering nature in areas of education in the Niger Delta; this has earned them the fifth spot on this list.

These set of people like the Urhobos are part of the Niger Delta region. Their love for education cannot be overemphasized because these people go extra miles to be educated.

They are willing to sell what they have to travel overseas for the sole purpose of going to school and getting educated. So, why shouldn’t they be among the most educated tribes in Nigeria.

Ijaw people (also known by the subgroups “Ijo” or “Izon”) are people in Niger Delta in Nigeria, inhabiting regions of the states of Ondo, Bayelsa, Delta, Akwa Ibom, and Rivers state.

We all know that when it comes to oil mining jobs in Nigeria, the ijaw people always want to acquire the position. They are known for their involvement in crude oil in the country. This passion has made them try their possible best to go to school and be educated in fields that best suit their oil mining pursuits.

Although they are among the minority groups in the country they are well-educated and also ranked as one of the most educated tribes in Nigeria.

The Efik people are found in “the South Eastern corner of the Cross River State.

Yes! The Efiks made it to the list despite controversial statements that these people are rarely educated due to the way they are potrayed in Nollywood movies.

Even by 1900, many of the native peoples were well-educated in European ideologies and culture.

They embraced western education in present-day Nigeria, with the establishment of Hope Waddel Training Institute, Calabar in 1895 and the Methodist Boys’ High School, Oron in 1905.  I can boldly tell you that these people are also well educated. So, we are absolutely sure, these are one of the most educated tribes in Nigeria.

The Ibibio people are a coastal people in southern Nigeria. They are mostly found in Akwa Ibom, Cross River, and in the Eastern part of Abia.

Although they are not well known and populated, the Ibibios are also considered to be one of the most educated tribes in Nigeria and thus, made it to this list.

The 10th on the list is the Isoko tribe.A lot of people do not know about the Isokos. This tribe is a minority tribe in Nigeria and part of the Niger Delta region, but they are also educated and made it to the top list of the most educated tribes in the country.

The above list is not based on any documented fact or theory and as so, open to argument. So, what do you think about this list? Are there tribes you expected that didn’t make the list?