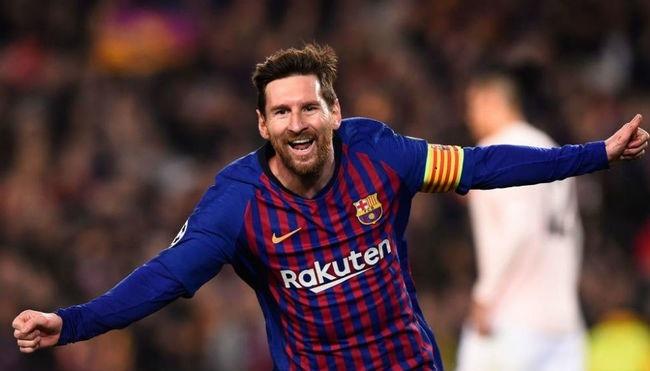 Lionel Messi is one of the most famous sports athletes in the world. He is a footballer who plays for both FC Barcelona of Spain and the Argentina National team.

Some fans consider Messi to be the greatest footballer of all time. It’s no doubt the Argentinean has accomplished a lot in his football career thus far. Here, we take a look at Lionel Messi net worth, biography, house, cars and family. If you want to know more about Lionel Messi, this article will certainly help with that.

Lionel Andrés Messi Cuccittini was born on June 24, 1987, in Rosario, Argentina. He was the third of four children. His dad Jorge Messi is a steel factory manager while his mother Celia Cuccittini worked in a magnet manufacturing workshop.

Messi was born in a football-oriented family. He played football from an early age with his older brothers (Rodrigo and Matias) and cousins (Maximiliano and Emanuel). Both cousins later become professional footballers just like Lionel.

At the age of 10, Messi was diagnosed with a growth hormone deficiency. The treatment cost at least $1,000 per month and his father’s health insurance got exhausted after just two years of treatment.

Their family relatives in Barcelona, Spain arranged a trial for Messi with FC Barcelona in September 2000. He was eventually signed by the Spanish powerhouse team in February 2001 and they (FC Barcelona) covered Messi’s health bills.

Lionel Messi is the world’s highest-paid athletes in 2019 according to popular US magazine company – Forbes. The FC Barcelona footballer has a net worth estimate of $600 million. There are many suggestions that he will hit the billion-dollar mark before he retires from playing football.

Lionel Messi is been taken care of by FC Barcelona. His salary and winnings for 2019 were $92 million. While his endorsement deals for that same year brought in $35 million. Overall, Lionel Messi made $127 million in 2019 and was ranked #1 in Forbes’s World’s highest-paid athletes of 2019.

Lionel Messi is married with three beautiful children; Thiago, Ciro and Mateo. His wife name is Antonella Roccuzzo and they have together since when they were teens.

Lionel Messi owns a house in Castelldefels. It’s a town outside of Barcelona about 16 miles. He stays there with his family. The house is considered to be a mansion with many luxury features such as a gym, swimming pool and football pitch. He also has a house in his hometown Rosario, Argentina.

Lionel Messi has won numerous awards and accomplished so many in his football career. These awards and trophies are what his fans use when making a claim as to why the player is the greatest of all time.

Below is a list of Lionel Messi awards, trophies and accomplishments;

This is everything you need to know about Lionel Messi net worth, biography, house, cars and family. We also talked about his salary, which is currently the highest in Football and the entire sports world.