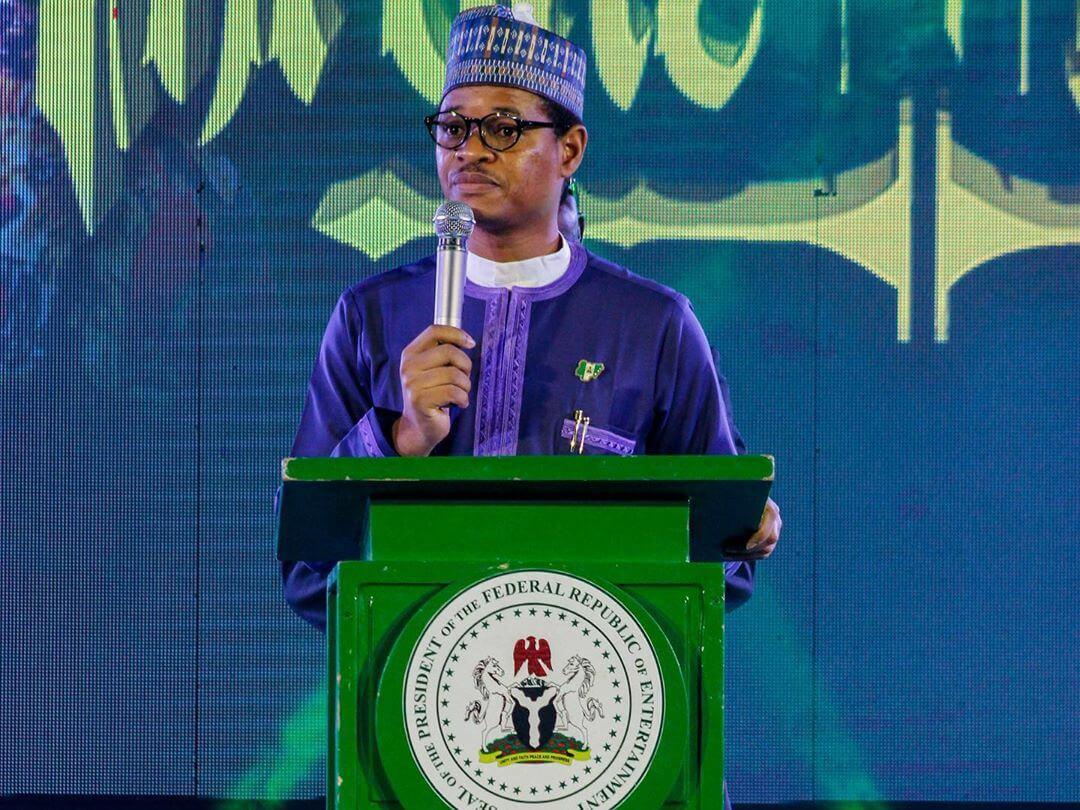 MC Tagwaye is a popular stand-up comedian in Nigeria. He rose to stardom for having an identical look with the President of Nigeria – General Muhammadu Buhari. Though MC Tagwaye has stated on numerous occasions that his career will not end with President, he jokingly calls him “his twin brother”. In this article, we’ll be letting fans know all about MC Tagwaye biography, family, career and networth.

MC Tagwaye real name is Obinna Simon born on June 24, 1986. Obinna Simon is 33 years old. He hails from Anambra State but was born and raised in Kaduna State. This is likely the reason why he speaks like Buhari. MC Tagwaye comes from a Christian background. He has a real twin brother (not Buhari) who is a businessman.

MC Tagwaye is graduate from Umaru Musa Yar’adua University Katsina State. Not many people know, but MC Tagwaye was once a Science Teacher who taught Biology, Agriculture e.t.c. He did it for seven years.

Till today, not much is known about MC Tagwaye family. We know he has a twin brother who happens to be a businessman. According to him, “Tagwaye” means “twins” in the Hausa language. It was how he came up with the name “MC Tagwaye”. He has been sported on events hanging out with his twin brother.

MC Tagwaye is a comedian, actor, entertainer and activist. Growing up, MC Tagwaye loves to mimic people. During an interview, the comedian said he studied General Muhammadu Buhari video interview which was given to Saharareporters in 2011 in Kaduna State. After studying the video, he could easily mimic the president. He became so good at, coupled with having a striking resemblance with the President, this helped him push his career forward.

Olakunle Churchill Shades Tonto Dikeh For Calling Him a…

Davido Finally Reveals The Face of His Son, David Adedeji…

MC Tagwaye is the CEO/MD of both Tagwaye Entertainment Co. LTD and Ta Dikko Media Concept LTD. He has his own foundation called “Tagwaye Foundation”. MC Tagwaye has been privileged to perform in front of his idol Buhari at 2016 Economic Summit in Kaduna. After the show, he took pictures with the President and so did his twin, who was present at the event.

It’s hard to gauge MC Tagwaye Networth right now. On July 2, 2019, he shared the good news about the completion of his mansion house in Kaduna State on his Instagram page @mc_tagwaye.

He has a comedy concert called “Throne of Laffta” which is held yearly in Nigeria. The third edition was held at Transcorp Hilton Abuja on the 1st October. The show sold table tickets of N500,000 to N2,000,000. It won’t be a bad idea to estimate MC Tagwaye Networth in the range of N80-150 million naira.

An avid creative writer. Lover of tech, gaming, sports and rap music. No one builds a legacy by standing still. The road is the greatest teacher there is.