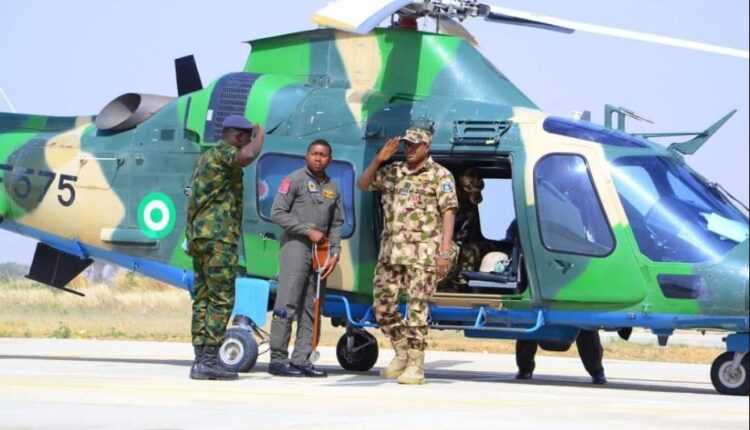 Do you wish to know about the Nigerian airforce ranks, salary structures, and symbol? This article would enlighten you. So, let’s begin!

The Nigerian Air Force–NAF, is a part of the Nigerian Armed Forces in charge of air military operations. They are one of the strongest military forces in Africa. They have over 10,000 officers and more young people are trooping in for recruitment to join the force.
The Nigerian Air Force established on April 18, 1964, has since then been a great security agency. This was following the passage by the National Assembly of the 1964 Air Force Act. It stated that the force that will be saddled with the task of defending the country is majorly through air operations and this has, since been so.
In this blog post, we would be revealing the various ranks in the Air Force and their symbols, as well as, their salary structures.
If you are interested in knowing about these facts then you are on the right page.
Let’s get you started;

Starting from the highest-ranked and paid monthly; here you have it:
Ranks And Salary Structure For Commissioned Officers

The Nigerian military has a very defined structure. The Nigerian Airforce ranks and salarie ranges from one position to the other where every position has its meaning, signs, and status. By just looking at a person’s uniform, you can tell what rank they are by the individual symbols indicated on their uniforms.

The Nigerian Airforce has 9 ranks for non-commissioned officers. They are listed below:

This is the highest rank ever attained in the countries Air Force. It is a three-star rank. All past and present Chiefs of Air Staff have this rank or lower as the highest.
This rank is equivalent to the rank of Lieutenant General in the Army and Vice-Admiral in the Navy.

Next to the Air Marshal rank is the Air Vice Marshal. It is a two-star rank of the Air Force.
This rank is equivalent to the rank of Major General in the Army and Rear Admiral in the Navy.

This is the most junior general rank of the Air Force next to Air Vice Marshal. It is a one-star rank.
This rank is equivalent to the rank of Brigadier General in the Army and Commodore in the Navy.

Group Captain is a senior commissioned rank next to Air Commodore.
This rank is equivalent to the rank of Colonel in the Army and Captain in the Navy.

Wing Commander is the rank next to the Group Captain. It is equivalent to Lieutenant Colonel in the Army and Commander in the Navy.

This is the rank next to Wing Commander. It is equivalent to the rank of Major in the Army and Lieutenant Commander in the Navy.

This is a Junior commissioned officer rank of the Air Force. It is equivalent to Captain in the Army and Lieutenant in the Navy.

This is the lowest rank in the Nigerian Air Force for commissioned officers. In order of superiority, a Pilot Officer is directly below a Flying Officer.

Its symbol is the golden eagle surrounded by the matching golden crown made of olive leaves and silver horses.
Warrant Officers are assistants to Master Warrant Officer or Master Sergeant.

The symbol of a Warrant Officer is a golden eagle in a crown of olive leaves. Same as in the Navy and Army.

Staff Sergeant is a senior non-commissioned rank of the Nigerian Army. They have three shoulder marks and an eagle on top.

This is a junior non-commissioned officer and they have three shoulder marks.

A Corporal is responsible for a troop’s body. They have two shoulder marks.

This rank is higher than the recruit or trainee. Lance Corporals have one shoulder mark.

This is directly below the Lance-Corporal and slightly higher than a trainee
Symbol: NIL

Recruit/Trainee is the lowest rank. This is a rank for those who have just joined the army. They are currently at the lowest level of the hierarchy. While trainees might have one shoulder mark, recruits have none.