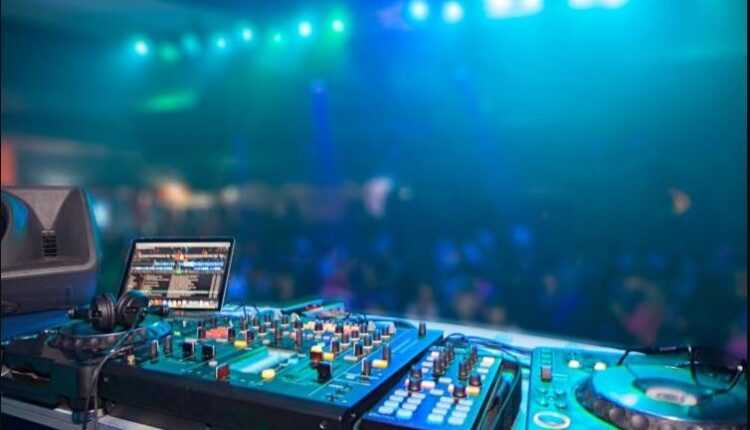 Top Richest DJs In The World

If you love music, then you will be excited to know the top richest DJs in the world. This article would tell you about them. Let’s begin!

When it comes to music, it has become a very predominant means of making money for many individuals who are passionate about it. Music has become a universal means of communication because it is now a means of globalization. Many people have become lovers of music, and it has served as a means for peace, enjoyment, and fun. Since music has made many individuals rich, which part of these people are Disc jockeys, popularly known as DJs, we are going to look at the richest DJs in the world.

The first person on our list of richest DJs in the world is Calvin Harris. He’s a Scottish DJ and was born on the 17th of January 1984. His real name is Adam Richard Wiles. He is an example of an individual that wasn’t born with a silver spoon but was determined to make it in life. He worked at a supermarket and a local fish store to support his DJ’s dream. Until, he signed a record deal with “Three Six Zero Group.”  One of Calvin Harris’ most recognized hit was his song “We found love” with Rihanna. It was also his first song to get to number one on the billboard 100. It was regarded as one of the best hits. Calvin Harris still went on to produce more hits like “This Is What You Came For”, “Summer”, “Feel So Close”, “Outside”, “Feels”, and “One Kiss”. Today Calvin Harris is regarded as the richest DJ with a net worth of 190 million US dollars.

The next person on the list is the Dutch DJ known as DJ Tiesto. His real name is Tijs Michiel Verwest and he hails from the Netherlands. He was born on the 17th of January 1969 and he’s considered to be the Greatest DJs all time according to Mix Magazine. DJ Tiesto discovered his passion for music at a young age, he started playing for parties at a very young age. Also, he’s regarded to be the father of EDM. DJ Tiesto is a man filled with accomplishments and his achievements are always there to show for it. Although, he started as a party DJ, but started to become famous when he started to produce his hits or sounds. In 1997, he founded his record label known as Black Hole alongside Arny Bink. Ever since then, he has continued to do great things and produce nice albums for his fan. DJ Tiesto is the second richest DJ in the world with an estimated net worth of 150 million US dollars.

The third person on our list of richest DJs in the world is a group of DJs known as the Swedish House Mafia. It’s so cool to know that a group of people can come together to form a band for DJs. This group is made up of Axwell, Steve Angello, and Sebastian Ingrosso.  Together, with their cool and amazing talent for disc jockey, they have been able to produce hit songs like, Until One in 2010 and Until Now in 2012. Although the band announced on June 24, 2012, that they would be splitting up but they are still on our list because of their hits and the money they got from it. The group had a total of 100 million US dollars when they were together, as their net worth.

The fourth DJ on our list known as Avicii is late but the success and amount of money he has made during his career puts him on our list of the richest DJs in the world. Avicii is a Swedish DJ and record producer. He was born on the 8th of September 1989 in Stockholm. He started to pursue a career in music at an early stage and became successful at it. Music is not a place where one can be lazy and shabby with his or her talent and Avicii was a person that understood that, so he put in a lot of effort and came into stardom with his single “seek bromance”. Ever since then, Avicii has gone on to produce and record mad hit songs until he’s a painful demise.  Although Avicii might not be with us now he surely left his songs in our hearts. He was blessed with a net worth of 85 million dollars during his stay on earth.

He’s a French talented DJ with the power and ability to make anybody dance to his jams. He’s also a record producer,  songwriter, and a remixer. More so, David Guetta is responsible for various hit songs like When Love Takes Over, Gettin’ Over Yo, Sexy Bitc, Memories, When Love Takes Over, Gettin’ Over You, Sexy Bitch.  He was born on the 7th of November 1967 and raised in Paris. David Guetta is an artist that can brag of a sale of about nine million albums and thirty million singles worldwide. When it comes to music, it’s his area of expertise. The amazing DJ has a net worth of 75 million US dollars to show for his success and talent.

This man has the gift and fingers for Disc jockey. He’s an American DJ, producer, remixer, entertainer, and music executive. He was born on the 30th of November 1977. He’s well known for his Dance/Electronica album, Wonderland. Steve Aoki was regarded to be the highest-grossing dance artist in North America because of his tours according to Pollstar in 2012. His album wonderland was nominated for the 2013 Grammy awards in the category of Best Dance/Electronica Album. The talented  DJ has worked with various prominent artists in the music business like Will.i.am, Afrojack, LMFAO, Linkin Park, Iggy Azalea, Lil Jon, blink-182, Laidback Luke, BTS, Monsta X, Louis Tomlinson, Backstreet Boys, Rise Against, Vini Vici, Lauren Jauregui, Fall Out Boy, and others. He’s also the founder of the Steve Aoki Charitable Fund, an organization that raises funds for global humanitarian relief organizations. Steve Aoki is blessed with a net worth of 75 million US dollars.

Guy-Manuel de Homem-Christo is another French DJ, producer, singer, and even a film director. He was born on the 8th of February 1974. He’s also responsible for various works for his label Crydamour,  a label group that is co-owned by him and his partner Éric. More so, he’s a success DJ that was once in a music duo known as Daft Punk, along with Thomas Bangalter. Guy-Manuel de Homem-Christo has a net worth of 70 million US dollars.

He’s the second person in the music duo, Daft Punk, along with Guy-Manuel de Homem-Christo. He’s also a French DJ, singer, producer, and film director. He was born on the 3rd of January 1975 and he has created a long-range of creative works like his song for the movie “Irréversible”. The successful  DJ has a lot to show for his hard work and one of them is his net worth of 70 million US dollars.

When Paul Oakenfold comes to your mind, you should just remember the trance DJ because he’s regarded as one of the best DJs in that field. He’s also a record producer with lots of experience to show for it. Aside from that, he’s also a two times Grammy award winner and the best DJ in 1998 and 1999 according to DJ Magazine. He was born on the 30th of August 1963 and hails from Britain. He has worked with various stars like U2, Moby, Madonna, Britney Spears, Massive Attack, The Cure, New Order, The Rolling Stones, The Stone Roses, and Michael Jackson. Paul Oakenfold is blessed with a net worth of 65 million US dollars.

Afrojack is the DJ that ends our list of Richest DJs in the world for today. He’s a Dutch DJ, record producer, and remixer. He was born on the  9th of September 1987. He established his record label in 2007 and it is known as Wall Recordings and under this label, he released his debut album “Forget the World” in 2014. Afrojack is a DJ from Spijkenisse that is doing well for himself with a net worth of 60 million dollars and a regular DJ on the DJ Mags Top 100 DJs.

Please, kindly drop a comment on the commentary section about your views of the top richest DJs in the world.