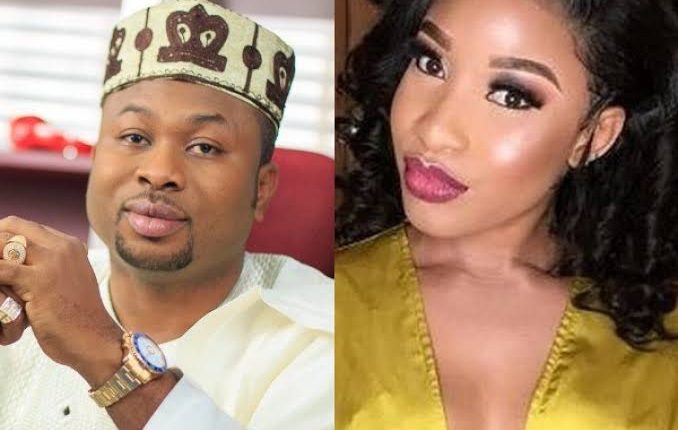 Popular Nollywood Actress and Instagram celebrity, Tonto Dike has revealed an exciting gist and hint for her fans and followers everywhere.

Tonto Dike who has been absent from the controversy scene for sometime now, emerged from her hideout and made a remarkable comeback with her recent post which suggests her ex-hubby is Bisexual, which makes him a gay.

According to the Nollywood star actress statement on her IG Page, sixty percent of the men she/women have married also have extra-marital affairs with MEN.

Recall that Tonto Dike is no longer married to Churchill her ex husband but she still keeps her son away from him. Her post no doubt is directed to her ex husband who she has formally accused of several things, and recently, been a bisexual.

Read what Tonto Dike posted on her IG page below ;

You wakeup one day and you discover you are married to a BISEXUAL Man..

WHAT WOULD YOU DO?

For those of you who says GODFORBID well I hope you know that 60% of the men you/WE marry SLEEP WITH MEN..

Or y’all still casting and binding FOR CHANGE🤪