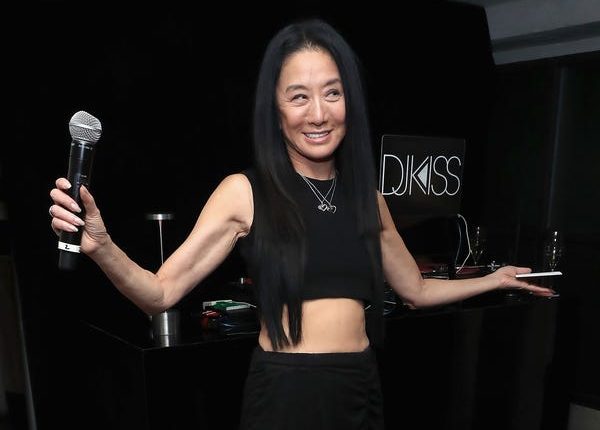 Over the years, popular fashion designer Vera Wang has through her iconic looks for wedding and the catwalk — served as an inspiration to generations; in this article, let’s look at Vera Wang net worth, age, and lifestyle.

Wang ventured into the fashion business straight out of college and became the youngest editor for Vogue, working for this company for 17 years. Later on, she worked as a design director for Ralph Lauren, after which she established her bridal boutique in 1990.

Stores like Kohl’s, David’s Bridal, and Zales all license Wang’s brand, with the septuagenarian owning a unit in the legendary 470 Park Ave co-op that had once served as a home to Jackie Onassis Kennedy, according to reports.

Here’s all you need to know about Vera Wang net worth, age, and lifestyle:

Wang’s net worth, according to a number of online sources, is in the region of $700 million. Her income comes from wedding gown sales, especially the intricate and embellished gowns that are typically worn by celebs. Also, she makes money from figure skating gowns she has designed.

In 2001, the designer authored a book, detailing her work in the wedding venue. She has bridal boutiques in different places, such as New York, London, Sydney, and Tokyo. In 2007, Kohl’s picked up Simply Vera, one of her collections, and in 2011, David’s Bridal took the same action.

Vera Ellen Wang was born June 27, 1949 in New York City (NYC), and her parents were wealthy immigrants that had their childhood in Shanghai, China, and moved to the US in the 1940s. Shortly after their relocation, they then gave birth to Vera.

She led a luxurious life and had an opportunity to learn fashion at a young age. In a number of occasions, Vera reminisces about attending fashion shows in Paris with her mother that worked as a translator at the UN.

Vera’s dad was an entrepreneur, who operated in the pharmaceutical industry. And she watched him build his firm that might have inspired her and allowed her to learn the ropes on becoming an entrepreneur. She lost her father in 2003.

While she may have started her career as a figure skater that nursed Olympic dreams, she had her 70th birthday celebration as a legend in the fashion industry.

Vera is of Chinese descent, but she’s a New Yorker by birth. With her ambition and drive starting at an early age, young Wang had her first work experience during the summer following her junior college year at Yves Saint Laurent boutique, which was sited on New York’s Madison Avenue.

Speaking with BoF on the genesis of her career as a fashion designer, Wang explained “it was just fate that I met — well, waited on — Frances Patiky Stein, who was one of the two fashion directors of American Vogue at the time. She said, ‘Call me when you’re finished with college.’ For some reason, I believed her, and for some reason I did it. I called her two years later and she totally remembered me and got me an interview!”

She explained that she started as an assistant and climbed the ladder to become “one of the magazine’s youngest ever fashion editors.” It took her 15 years to perfect her craft at the magazine.

She continued, “It gives you an education that is parallel to none. There is nothing that isn’t available to you if you believe in it and want it and defend it to your boss.

In 1987, she left to join Ralph Lauren, where she assumed the role of a design director. 2 years late, as fate would have it, she planned her wedding to Arthur Becker, and with that came this realization:

“There wasn’t anything, either a retail situation or a couture [designer] that really satisfied the needs of modern women, in my opinion,” she said.

Regina Daniels Biography and Net Worth

Wang added “I was using common sense and thinking, ‘Well, everybody doesn’t want to wear the 4-inch cap-sleeve where you can’t lift your arms and a bodice of sequined lace with a big pouf skirt and stuff around your hair dangling down. I just thought there was another vision.”

How She Started Her Billion Dollar Label

Vera’s stint at Ralph Lauren only lasted a short while. In 1990, she left to float her own business. When she was 40, she was still robustly forging ahead, nursing high ambitions to float her own firm.

The designer had a stroke of luck when she got start-up capital of $4 million from her dad — the fund that enabled her to rent a 2-story showroom as well as a boutique on Madison Avenue in NYC. Her company, Vera Wang Bridal House Ltd, launched in September of 1990, just a year following her marriage to Аrthur Р. Весkеr, her husband.

She found marketing naturally easy, and her colleagues at Vogue dedicated a 6-page article to the launch of her business, a move that drove lots of brides to her boutique. According to Vera Wang, word of mouth from her industry connections was her most successful business strategy.

Further, her knowledge of figure skating also supported her boutique as silver medalist Nancy Kerrigan, in 1994, wore unique design from Vera Wang’s collections in the Olympics. In the wake of that occurrence, more figure skaters sought her designs, since she has made unique figure skating dresses for popular personalities, such as Michelle Kwan, Evan Lysacek, among others.

Her net worth last continued growing as a result of her licensing deals with David’s Bridal, Zales, and Kohl’s. The partnerships with these brands help her designs gain a wider reach.

The Simply Vera line is in Kohl’s; at David’s Bridal, we have WHITE by Vera Wang, and at Zales, the Vera Wang LOVE jewelry collection is available.

Her company has grown to include several other collections, like eyewear, fragrance, lingerie, jewelry, and a large home line. New collections, which are filled with unique designs, are released every season, which get featured in her boutiques & runway shows.

Her wedding dresses have different prices, with the cheaper lines going for about $700 per dress. However, there are much pricier ones that start at $3,500. Even a custom-made Vera Wang dress can cost as much as $10,000.

She has dressed a lot of celebrities for their wedding days, as well as red carpet events, including music stars and popular figures like Michelle Obama, Ivanka Trump, Mariah Carey, Avril Lavigne, Kim Kardashian, Sofia Vergara, and among many others.

She is currently single and reside in NYC. For 26 years, she was married to Arthur Becker, who was a computer executive. The couple tied the nuptial knots when Wang clocked 39. And they adopted Cecilia and Josephine as their 2 Eurasian daughters.

In 2015, their divorce got finalized, with Vera Wang saying Arthur remains a key part of her post-divorce life and also remains involved in her business.

Her daughters were adopted due to the fact that she got married on clocking 40. Though they wanted kids, they settled for adopting to prevent any complications.

She feels her marriage is a miracle: “I was the girl who nobody thought would ever get married. I was going to be a fashion nun the rest of my life. There are generations of them, those fashion nuns, living, eating, breathing clothes.”

When she is free, she helps with the New York-Presbyterian Youth Anxiety Center.

Concerning the claims by some people that Vera Wang is related to Alexander Wang, both fashion designers are not in any way related. Their sharing the same surname is simply coincidental.

For her achievements and expertise, the famous designer has been honored with different awards:

That concludes this post on Vera Wang net worth, age, and lifestyle.

Regina Daniels Biography and Net Worth