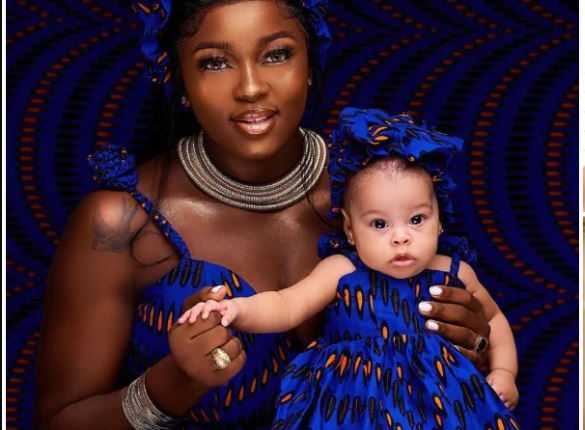 BBNaija Day 3: I froze my eggs, and married a 64-year-old Briton (Video)

As BBNaija Housemates get to know each other, ka3na the only single mum in their midst shared more insights on her life. Here’ are some tidbits on her tearful moment.

Ka3na is the only single mum in BBNaija Season 3 at the moment. However, the 22-year-old, whose success story defies all odds, have come out to share how it came to be. She is also using the medium to address the bad and hateful gossip that she sleeps around for money.

This she addressed at a little get-to-know-you session with other housemates. Her tale took an emotional turn, as ka3na broke down and told her life’s story to her fellow BBNaija housemates.

BBNaija: The drama is on as one housemate aged…

She stressed that she had seen the BB Naija Audition on social media and decided to give it a go. According to her, she hadn’t so much as giving it a thought before now.

She further stressed that her entire wealth had not been funded by sleeping around with me. She said that her journey to success had been a product of her hard work and dedication. Ka3na’s success began via marriage at 19. Ka3na further stated that she was married to a 64-year-old Briton, who had given her the first house she owns (she has since separated from her husband).

However, beyond the house, her other estates (she is in real estate) alongside her successful fashion business were products of her efforts alone.

Here’s another the video of Ka3na’s emotional moment:

In another light, Nengi’s fan base is rapidly expanding as BBNaija fans are happy that despite her beauty and having lost both parents, she has not been rube or disrespectful. This statement was made by one fan @AssistantEbukka via Twitter.

This statement was made shortly after Ivory Beauty, Nengi was named the first Head of House, which left fans super excited.

Due to this post, many other Twitter users have come out to shade the 2019, BBNaija ex-housemate Tacha.

This comparison was made especially because Tacha had during the reunion show said that the loss of her mum affected how she connected with people.

Here are some reactions made by other Twitter users:

BBNaija: The drama is on as one housemate aged “22”, Nengi is accused of…