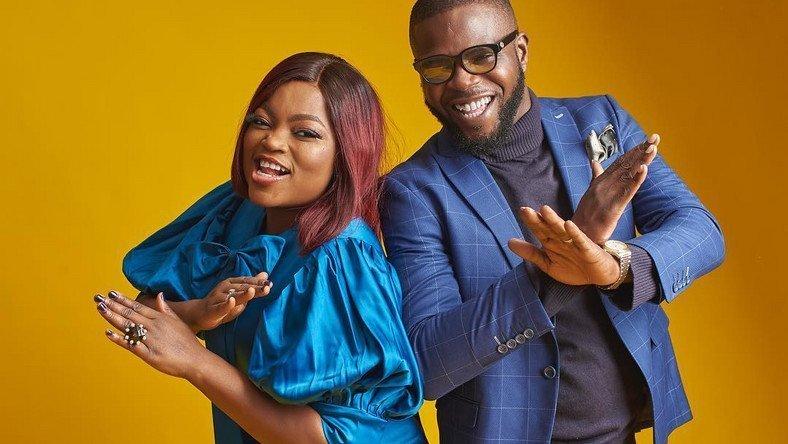 Akindele Olufunke Ayotunde is a Nigerian actress and Film Producer.  Her state name is Funke Akindele. She first starred as a sitcom actress in a film sponsored by the United Nations Population Fund (UNFPA).  The show was titled “I Need to Know,” and she played the role of Bisi, an intelligent secondary school student. The show ran for about four years from 1998 to 2002. However, she first came to the spotlight when she featured in the movie Jenifa.

Funke Akindele is currently the lead character, in an ongoing hit TV show Jenifa’s Diary alongside Juliana Olayode, Falz, Aderounmu Adejumoke, and Fisayo Ajisola. The show is a spin-off from the movie Jenifa. She is also the CEO of Scene One Film Production.

She was born on the 24th of August, 1977 (age 42), in Ikorodu, Lagos State, Nigeria. Funke is the second of three children. Her father is a retired school principal while her mother is a medical doctor.

She got her national diploma in Mass Communication at Moshood Abiola Polytechnic Ogun state and a Law degree from the University of Lagos, Akoka, Yaba. Funke is known for a generous heart. Because of her love for humanity, she created an organization (Jenifa Foundation), where she helps young people harness vocational skills.

Who is Funke Akindele Husband

Funke Akindele married Adeola Kehinde Oloyede. However, citing irreconcilable differences, they separated and later got divorced in July 2013. Funke Akindele later married Nigerian rapper Abdul and producer Rasheed Bello, popularly known as JJC Skillz, in London on May 2016. Through JJC, she has several step-children. Recently, Funke was blessed with a set of twin boys with JJC Skillz

Funke Akindele has various endorsement deals and awards under her belt, such as being the Ambassador to Irokotv.  She got signed under the Keystone Bank in 2018. Funke also has over 100 movies to her credit as writer, actress, and producer.

Some of her awards include:

2018 – Won Brand Ambassador of the Year at the ELOY Awards

According to Naijalebrity.com, Funke has a net worth of over $3.5 million. She is a highly successful businesswoman and very influential in Nigeria.