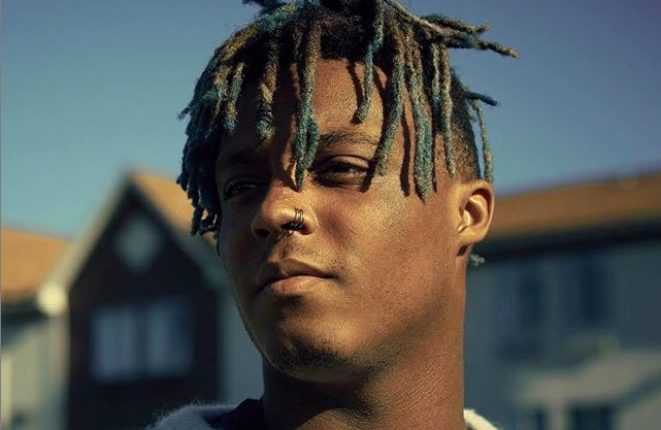 This blog post would tell us everything we need to know about Juice Wrld Biography. It would also enlighten us about who is Juice Wrld, his lifestyle, his challenges, biography, how he made it to the limelight, his private life, his wife, career, family, and death.

Who is Juice Wrld?

Juice Wrld was an American songwriter, rapper, and singer from Chicago, Illinois. He was born on December 2, 1998, and his birth name is Jared Anthony Higgins. His musical name was Juice Wrld, (though the main pronunciation was “Juice World”). One of his major songs was “Lucid Dreams” and it has been played over a billion times on Spotify, which is a music streaming platform.

Juice Wrld was born on 2nd December 1998 in Chicago, Illinois. Though in 1999, he was relocated to Homewood, Illinois, where he went to Homewood-Flossmoor High School.

Alongside his elder brother, his mother trained and raised them up, because his father left after divorcing his mother when he was just three(3) years old.

Jared Anthony Higgins’ mother was a very religious and disciplined woman, and she never permitted him to listen to hip hop. Although, she permitted him to listen to rock and pop music that is been played on video games like Guitar Hero and Tony Hawk’s Pro Skater. It is then he knew artists like Billy Idol, Black Sabbath, Fall Out Boy, Blink-182, Megadeath, and Panic at the Disco.

Higgins was inspired by his mother, and he began playing piano at a young age of four years. His mother also motivated him by paying for piano lessons, and he later also learned how to play guitar and drums.

In his second year in high school, he began recording songs on his mobile phone, which he posted to his SoundCloud. By then he has started being devoted to rapping.

Higgins started indulging seriously in drug usage from his childhood and teenage days. When he was about fifteen(15) years of age, he started drinking ‘lean’ in sixth grade and making use of ‘percocets’ and ‘Xanax’. He was also a heavy smoker of cigarettes, though stopped as a result of poor health, in his final year in high school.

Juice Wrld began breeding himself as an artist the year he joined high school. In 2015, he released his first track “Forever” on SoundCloud, then he went by the name JuicetheKidd. Most of his initial tracks were recorded on a cellphone, and he kept uploading them on SoundCloud. The name JuicetheKidd was inspired by the late rapper Tupac Shakur and the role he played in the movie ‘Juice’. He later changed his name to Juice  Wrld which “signifies taking over the world.”

In 2017, he released his first track “Too Much Cash”, which was produced by Nick Mira. Higgins kept releasing projects and songs on SoundCloud, and he was also working in a factory, though got dismissed within two weeks because he was not satisfied with the job. He then joined internet Collective Money and released his debut full-length EP, 9 9 9, on 15th June 2017, with the song “Lucid Dreams”, which made him outstanding and increased his followers greatly.

In the middle part of 2017, he started getting attention from Southside and Waka Flocka Flame and his fellow Chicago artists G Herbo and Lil Bibby. He later signed to a record label known as “Grade A Production”.

In December 2017, he released the three-song EP “Nothing’s Different” and several hip hop blogs like Lyrical Lemonade, featured it and it assisted his track “All Girls Are The Same” become popular.

In February 2018, he released a music video that was directed by Cole Bennett and after the release, he signed to Interscope Records for $3,000,000. His song “All Girls Are The Same” was highly loved, and he received a “Best New Music” designation from Pitchfork. Higgins’ songs “Lucid Dreams” and “All Girls Are The Same” were his first songs to enter the Billboard Chart, and they debuted at number 74 and 92 respectively, on the Billboard Hot 100.

In May 2018, Higgins officially released “Lucid Dreams” as a single and video and it hit the number two spot of the US Billboard Hot 100, and the song also became the highest streaming song in 2018.

On 23rd May 2018, “Goodbye and Good Riddance” was released and it was his first studio album.

On 19th June 2018, Higgins released two-song EP “Too Soon”(in remembrance of and dedication to deceased rappers XXXTentacion and Lil Peep) and “Legends”(its debut charted Number 65 on the US Billboard Hot 100).

On 10th July 2018, Higgins released his first collaboration track where he featured Lil Uzi Vert, and the track debuted on number 67 on Billboard Hot 100.

He immediately began working on his next album and following with several leaks, his producer Danny Wolf released “Motions” on SoundCloud, which was the official release.

On 20th July 2018, he made a declaration of his “Wrld Domination” tour which was his first tour and went along with artists like YBN Cordae and Lil Mosey.

Travis Scott featured Juice Wrld and Sheck Wes on a track titled “Bystanders”, which peaked at number 31 the Billboard Hot 100.

On 8th August 2018, he made his first late-night t television debut where he performed the song “Lucid Dreams” on Jimmy Kimmel Live.

On 15th October 2018, he released a music video titled “Armed and Dangerous” and he also released “Wrld on Drugs” with Future, which was a lead singer for a collaborative mixtape.

In December 2018, he contributed to the soundtrack for Spider-Man: Into the Spicer-Verse, with a song titled “Hide” where he featured Seezyn.

Still in December 2018, affirmed that he would release a joint mixtape with Higgins, titled “Evil Twins” in 2019. They also announced their tour that would be featuring 30 concerts across North America.

Juice Wrld released lots of singles in 2019, such as “Graduation”(with Benny Blanco), “All Night”(with RM and Suga of BTS), “Run”, “Hate Me”(with Ellie Goulding) and “Bandit” (with NBA YoungBoy), which was his last song before his demise.

Juice Wrld was a very young man and never had a wife or family of his own. Though was living with his girlfriend named Ally, in Los Angeles,before his demise.

How many Children does Juice Wrld have?

Juice Wrld had no children before his demise.

Juice Wrld was a very young American upcoming artist and was only worth $4.5 million before his demise.

In 2018, his song “Lucid Dreams” was nominated for Song of Summer, in the MTV Video Music Awards.

In 2019, Juice Wrld won the Award for the Top New Artist, in the Billboard Music Awards.

Is Juice Wrld Dead or Alive?

A sad event occurred on 8th December 2019, when Higgins boarded a private Gulfstream jet which was flying from Van Nuys Airport in Los Angeles to Midway International Airport in Chicago, where law enforcement officers w ere patiently waiting because they were tipped with information that the jet was suspected to be carrying drugs and guns. As the jet landed, the law enforcement officers began searching the luggage, and they found 70Ib (32 kg) of marijuana and 3 handguns.

Before the police got to where him and his management team members were, Higgins had already taken “numerous uncertain pills”, and he was alleged to have also swallowed multiple Percocet pills when he was trying to hide them from the police that was searching the plane. He started convulsing and seizing, after which two doses of the emergency medication Narcan was administered to him when they suspected that he was reacting from an overdose of hard drugs. Higgins was quickly rushed to the nearby Advocate Christ Medical Center in Oak Lawn, where he was pronounced dead.

On 17th January 2020, Higgins’ first posthumous appearance was on Eminem’s track “Godzilla”, which made a great success and peaked at number 3 on the Billboard Hot 100.

On 22nd January 2020, it was stated by the Cook County Medical Examiner that Higgins died from high toxic levels of codeine and oxycodone which was present in his system.

Now to crown our review on Juice Wrld’s life on earth, let’s look at some throwback pictures of these iconic singer that left us too soon.