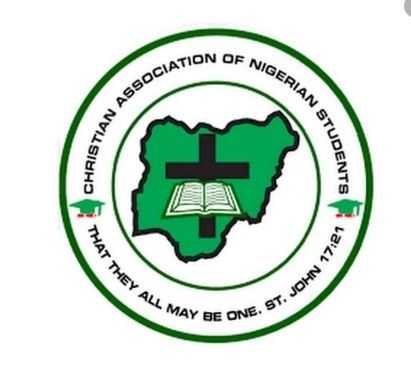 Types and characteristics of Pressure groups in Nigeria

Do you want to know the types of characteristics of pressure groups in Nigeria? In this article, we would discuss about them.

Nigeria is a country with a vast population of people from different ethnic backgrounds and this alone gives room for different pressure groups in the country. But firstly, what’s a pressure group? A pressure group can be defined as a group of people bound by a common goal or interest to seek influence in governmental or private activities for their advantage.

A pressure group is quite different from a political party in the sense that a pressure group does not seek to attain power for governance, although they may support or endorse candidates seeking for a governmental position.

A typical example is the Nigerian Union of Teachers(NUT), a union that was developed based on the interest of teachers in Nigeria. Pressure groups are well known for portraying the following characteristics:

In Nigeria, pressure groups are categorized based on their characteristics and Commons interest, namely:

The members of this group are bound by various characteristics and activities, such as the practice of similar tradition. Within this group, you will find members who believe in a certain religion. For instance, amongst the Christians, you can see that they believe in the existence of a Supreme Being called God and that He give us his only begotten son, Jesus.

While the Muslims believe in the existence of Allah and Prophet Mohammed. Another common characteristic of religious groups is a designated day for worship: in Nigeria, the two predominant religion, that is Islam and Christianity,  both have a special day to worship their God. For the Muslims, they set aside Friday as a day to assemble in the mosque in multitudes to worship Allah.

While for the Christians, Sunday is the day they go to church to worship God. A typical example of a group that exhibits these characteristics is The council for Islam Affairs and The Christian Association of Nigeria. The supreme council for Islam affairs was created in 1973 but began its affairs in 1974 and the pressure group is majorly concerned with the interest of Muslims all over Nigeria.

Then, the Christian Association of Nigeria is a pressure group that covers all the Christians in Nigeria. It was established in 1976 and began with only catholic churches and mainline protestant groups. The group is currently under the leadership of Olasupo Ayokunle.

This group is fully concerned with the economical well-being of its members. They also try their best to influence governmental policies and decisions about the economy of the country. This pressure group is majorly made up of producers or manufacturers and trade unions.

A typical example of such a pressure group is The National Association of Chambers of Commerce, Industry, Mines, and Agriculture (NACCIMA), and The Manufacturers of Nigeria (MAN). NACCIMA is an association of all related chambers of commerce in Nigeria.

Gotten from the word “anomy” which means the absence of any form of law,  rule, or regulation. In other words, anomic groups are groups that result in the use of violent acts, demonstrations, strikes, protests, or riots to fight for their interest. A good example is the student riots.

Such groups believe that no one is representing their interest so they have to stand up and fight for what they believe. Even peaceful groups can result in using this act when they feel neglected by the government. India is a country that has experienced actions like this in the past.

These are groups that are not concerned with the interest of their members but they are concerned about a greater course like helping people in need. Examples are the Red Cross, the Civil Liberties Organization,  Human rights group such as the Committee for the Defence of Human Rights, and many more.

The Nigeria Red Cross was established by the act of parliament of 1960. They are also regarded as a sign of hope and they are on a mission to alleviate the situation of vulnerable people affected by epidemics, disaster, armed conflict, and the poorest communities amongst whom are children, women, aged,  displaced, and other vulnerable people.

The Civil Liberties Organization is a promotional group that seeks to protect human rights within the country. They began their activities in 1987 and they believe that the voice of every individual should be heard.  It’s also a Non-Governmental Organisation that seeks to protect citizens from any form of oppression and promote democratic freedom.

The Committee for the Defence of Human Rights plays a huge role in ensuring the absence of military rule in Nigeria and the promotion of democracy.  CDHR began in 1989 and since then they have grown and expanded their reach throughout the nation and they remain committed to protecting the rights of Nigerian citizens.

This is a pressure group that is made up of individuals who practice the same profession or belong to the same occupation. These groups include: