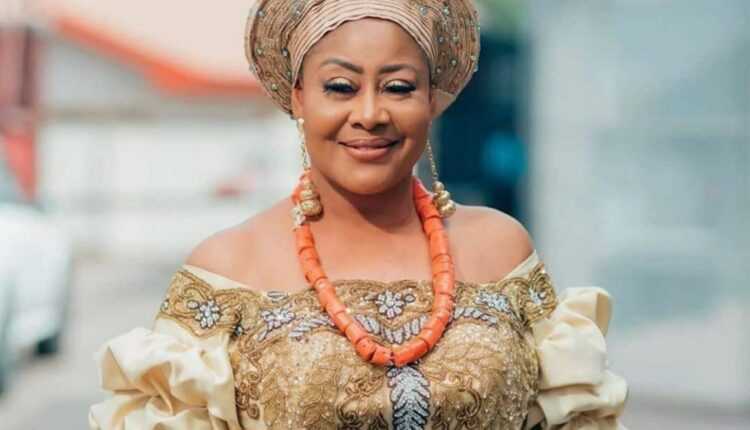 Longing to know about the 10 richest Igbo actresses in Nigeria? This article would give you all the information you need. So, let’s begin!

Acting has now become a very lucrative career because it has made many individuals celebrities and blessed their pockets with money. So gone are the days that actors and actresses made a penny for their brilliant performance, that’s why this article is focused on the top 10 richest Igbo actresses.

The first lady on our list today of the richest Igbo actresses, is no other person but Genevieve Nnaji. She’s an iconic giant and prominent figure when it comes to the movie industry in Nigeria and globally. She’s also the first actress to win the Africa Movie Academy Award for Best Actress in a Leading Role in 2005, and she has acted in well over 100 movies in her acting career.

Genevieve Nnaji was born in Mbaise, Imo State. Though, she grew up in Lagos in a family of four children with a father who was an engineer and her mother a nursery school teacher. She was born on the 3rd of May, 1979. Although her parents were not rich, she still had her dreams and believed in them.  She obtained her secondary school education in Methodist girls at Yaba, Lagos. She later attended the University of Lagos, where she acquired a Bachelor’s degree in creative arts.

While in the university, she was also going for auditions for roles in Nollywood movies. Gradually, with determination and consistency, Genevieve has grown her acting career beyond human expectation and achieved great heights like becoming a member of the Order of Nigeria, being the first actress to win an Africa Movie Academy Awards for best actress in a leading role, and many more.

The actress has always had a thing for acting, she even started acting at age 8, in the popular soap opera “Ripples.” She went futher to accept more challenging roles in Nollywood. She has acted in movies like Ripples,  Most Wanted, Camouflage, Love Death Warrant, Dancer Nene, Runs, Power of Love, Formidable Force, Battle Line,  Above Death: In God We Trust,  Blood Sister, Break Up, Butterfly, By His Grace, Church Business, Deadly Mistake, Emergency and a whole lot more.

More so, her movie “Lionheart” was the first Nigerian film to be premiered on Netflix and the first film to be submitted for the Oscars Awards. The Nigerian actress has an estimated net worth of 10 million US dollars.

Rita Dominic is among the richest Igbo actresses with a huge and respectable reputation in Nigeria. She’s from Mbaise local government in Imo State, Nigeria. She’s the youngest child of her late parents, who were health practitioners.

The actress attended the Federal Government College, Ikot Ekpene, Akwa Ibom State. She went on to acquire a Bachelor’s degree in Arts from the University of Port Harcourt, Choba Rivers State.

The phenomenal actress is also a proud winner of The African Movie Academy Awards for the best actress in a leading role and has appeared in well over 100 movies. Some of the movies include: Children of Terror, Prisoner of Love, My Guy, Face of a Liar,  Aba Riot, Unforgettable, To Love a Thief, Throwing Stones, The Intruder, and many more.

Rita Dominic started her acting career at a tender age and continued with her hard work to become one of the most recognized actresses from Nigeria. She has an estimated net worth of 3.5 million dollars.

If you love Nigerian movies and enjoy seeing Nigerian women act, then you should know and love Stephanie Okereke. She’s an actress that is great at killing any character and doing it effortlessly.  She is an actress, producer, and model.  In 2002, she was a runner up for Nigeria’s Most Beauty Girl.

Stephanie Okereke was born on the 2nd of October, 1982, and she hails from Ngor Okpala, Imo State, Nigeria. Stephanie has done a great job in the movie industry with her appearance in several movies like Compromise 2, Waterloo, Pretender, Blind June, Aristo, Emotional Crack, Genesis of Love, Private Sin, and many more.

The actress is also a graduate of English and literary studies from the University of Calabar. We must say that Stephanie Okereke has done well for herself in building a net worth of about 3.5 million US dollars.

Chioma Chukwuka is among the richest Igbo actresses that is doing well in Nollywood and she has a lot to show for it. She’s very popular for her emotional and captivating characters in Nollywood movies.

Chioma was born on the 12th of March, 1980, in Lagos but, she’s an indigene of Anambra State. She grew up in Lagos and attended Onward Nursery and Primary School, then went to Federal Government Girls College in Onitsha, Anambra State for her secondary education. The actress is also a graduate of banking and finance from the Lagos State University.

Chioma Chukwuka is an actress that can brag about several appearances in movies like The Apple, Three Musketeers, Handkerchief, Sunrise,  The Final Clash, Disguise,  Handsome, Real Love,  Romantic Attraction, and many more. She’s also a proud winner of several awards like Best Actress in a Leading Role at the African Movie Academy Awards and others.

Aside from being an actress, she’s also a mentor and businesswoman. She started her masterclass in 2019, called “masterclass with Chioma” where she coaches and inspires young talents aspiring to be actors, actresses, producers, filmmakers, and other careers in the entertainment business. With all these, Chioma Chukwuka should be blessed with wealth and yes she is. She has a net worth of 2 million US dollars.

Uche Jumbo is an actress, screenwriter, and movie producer from Abiriba, Abia State, Nigeria. She was born on the 28th of December, 1979. The actress attended the University of Calabar where she studied mathematics and statistics and also a degree holder from the Federal University of Technology Minna in computer programming.

The actress is well known for her roles in movies like Visa to hell, Girls Hostel, Fire Love, Scout, Endless Lies, Darkest Night, Black Bra, Secret Fantasy with Ini Edo, Price of Fame, and many more. The actress is also a very good screenwriter and has movies like The Celebrity, Games Men Play, Girls in the Hood & A Time to Love, to her credit.

She’s not just an actress that is concerned with only her progress but for the betterment of others around her. She is blessed with an estimated net worth of 2 million US dollars.

Another Nigerian actress that is making a difference in the world is Chika Ike, with her great acting skill and optimistic determination for success. She was born on the 8th of November, 1985. She is an indigene of Anambra State. She has been acting from a tender age when she was just 6 in her church. Since then, Chika Ike has grown to become a well-known actress, model, producer, and even a philanthropist.

She has appeared in movies like Small Chops Nikita Drama,  Happy Ending Lape Drama, Romance, Locked up Susan Drama, Romance, Miss Teacher Nwanne Drama, Romance, Secret Act I & II, Bridge of Contract, The End is Near, Street President Nene,  Dangerous Beauty, and many more movies. Chika Ike is blessed with a net worth of 1 million US dollars.

Nkiru Sylvanus is a Nigerian actress from Abia State, Nigeria. She’s highly regarded as the most emotional actress in Nigeria because of her emotional roles in Nigerian movies. She was born on the 21 of April 1982. The actress attended the Enugu State University of Science and she acquired a Bachelor’s degree in Mass Communication.

She began her acting career at age 17 and since then, she has acted in well over 70 movies in her career. More so, she’s one of the few actresses that have switched to politics. She served as the special assistant to the Imo State Governor on Lagos matters. The actress has starred in movies like Final Tussle, Life Bullets, Fine Thing, No More Love, Secret Pain, She Is My Sister, The Last Supper, Treasures Of Fortune, Alice My First Lady, Buried Emotion, and many more. She’s blessed with a net worth of 1 million dollars.

Patience Ozokwor has made a name for herself in the world by mostly playing wicked or evil characters in Nigerian movies. Although, she’s different in real life from the characters she plays on the screen. She’s down to earth, kind, and very loving. The actress was born on the  14th of September, 1958, in Enugu State.

She attended Abimbola Gibson Memorial School in Lagos. Then she went on to the  Institute of Management and Technology Enugu, where she studied Fine and Applied Arts. Patience Ozokwor is popularly known as Mama G because of her prominent role in the Nigerian movie industry.

She started acting at a young age and since then, she has become a household name. The actress has an estimated net worth of  950,000 US dollars or even more.

Oge Okoye is a Nigerian actress from Nnewi, Anambra State. She was born in London on the 16th of November, 1980. She had her primary education in London before she moved to Nigeria with her parents. The stunning actress Oge Okoye is a graduate of Theater Arts from the Nnamdi Azikwe University.

She came into the limelight in Nollywood when she starred in the Nigerian movie “spanner” alongside Chinedu Ikediezie. Ever since then, she has appeared in several movies like Spanner, Blood Sister, Forever Yours, Handsome, Magic Love, My Command, Sister Mary, Arsenal, Beautiful Faces, I Believe in You, Indecent Girl, and many more.

The actress has done a great job when it comes to the business of acting and she has harnessed much in doing so. She has a net worth of 900,000 US dollars.

Ngozi Ezeonu is the Nigerian actress that ends our top 10 richest Igbo actresses in Nigeria. She was born on the 23rd of May, 1965. Ngozi has grown into a renowned actress, journalist, and celebrity.  She was born in Owerri and she attended the Nigerian Institute of Journalism and worked for Eko FM before she went into acting full time.

Ngozi Ezeonu has starred in various Nigerian movies like Bedevil, The Kings and God, Zenith of Sacrifice, A Drop of Blood, Divided Kingdom, Diamond Kingdom, God of Justice, and many more. She has done greatly well for herself and has made a net worth of 650,000 US dollars.