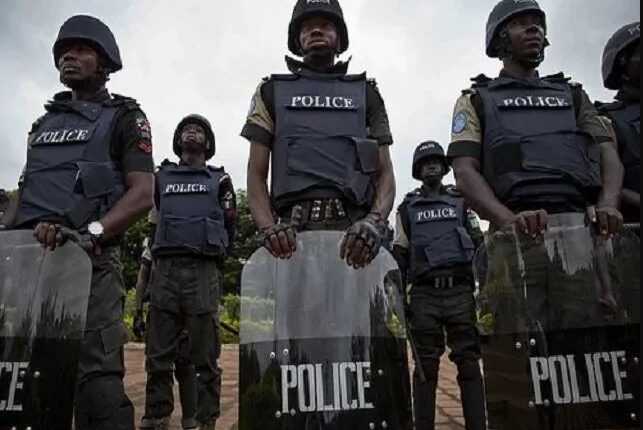 How much do you know about the list of government security agencies in Nigeria? This article would enlighten you. So, let’s begin!

Before we get into the list, let’s know what a security agency is all about.

A security agency is a governmental body or organization that ensures the security of a particular nation. They see to the maintenance of law and order by citizens thereby curbing crime and other fraudulent activities. There are several security agencies in Nigeria, which we would look at very soon.

Security has always been a major concern in the country with the increasing rate of crime and lawlessness. This is why a lot of resources have been sunk into ensuring security and fighting crime. The Government had instituted these security agencies in Nigeria for this reason.

In this blog post, we would be looking at a list of these government security agencies that have been put into place to enforce laws and prosecute defaulters. We would also discuss their roles in the country.

This agency is responsible for gathering intelligence and information within a country especially for protecting senior government officials like the Governors of a state or the president.

The roles of the State Security Service include:

The SSS also has the power to look into evolving security threats in Nigeria involving counter-terrorism and counter-insurgency attacks.

The roles of the Defense Intelligence Agency include:

The National Intelligence Agency–NIA is a Nigerian government agency which is responsible for counterintelligence and overseeing foreign intelligence operations.

Their staff are expected to be intelligent, highly skilled, and very discreet in their operations. The NIA has the foremost role of protecting the nation’s dignity and pride by making sure all secret information capable of breaching Nigeria’s national security and endangering its national interest is immediately noticed by them, repossessed, and dealt with.

Their basic functions and roles are almost equivalent to those of their counterparts in other countries like:

Activities Of The Nigerian Armed Forces

Since it’s creation, the Nigerian Armed Forces have carried the following activities:

The roles of the Nigerian Armed Forces include:

This is the land division of and the largest among the Nigerian Armed Forces.

This agency operates on the territorial waters and sea of Nigeria. The naval headquarters is located in Abuja and has three operational commands with centers situated in Lagos, Bayelsa, and Calabar. It has a training command center located in Lagos.

With technical assistance from West Germany, it was established in January 1964. This agency started as a transport unit with an aircrew. This aircrew was trained in Canada, Ethiopia, and Pakistan. The air force was given a combat capability after some MiG-17 was presented by the Soviet Union in 1966.

The Chief of Defence Staff heads the Nigerian military and reports to the Minister of Defence, who in turn reports to the President and Commander-in-Chief of the Armed Forces of the Federal Republic of Nigeria.

The Nigeria Customs Service is responsible for tackling anti-smuggling activities within the borders of the country. They are in charge of accounting for and collecting import or export duty revenues at the borders.

They curb the smuggling of toxic and hazardous substances, guns and weapons, money laundering at the borders.

The Nigerian Immigration Service–NIS is responsible for coordinating the migration activities in the country. They offer residence permits to foreigners and controls the entrance of people into the country.

They also check and prosecute foreigners that made an illegal entry into the country.

The National Immigration Service–NIS is in-charge of issuing travel documents, visa, international and regional passports for Nigerians seeking to travel out of or into the country. NIS was originated from the Nigerian police force in 1958. They are mandated to undertake border patrol and surveillance and also migration management.

The roles of the Nigerian Immigration Service includes:

The Nigerian Security and Civil Defense Corps is a para-military security agency in Nigeria, that is commissioned to provide measures to counter the threat and any form of attack against the country and its citizens. It is statutorily empowered by law, Act No. 2 of 2003, and was amended by Act 6 of 4th June 2007.

The NSCDC was first established in May 1967 during the Nigerian Civil War within Lagos, the then Federal Capital Territory of Nigeria to protect and sensitize the civil populace. During this time, it was known as Lagos Civil Defence Committee.

It was later, changed to Nigeria Security and Civil Defence Corps in 1970. At the time of establishment, the agency had the objective of carrying out some enlightenment and educational campaigns in and around the former Federal Capital of Nigeria, Lagos to educate citizens on enemy attacks and how to save themselves. This is because most Nigerians living in and around Lagos then had little or no knowledge about war and its implications. They educated them on how to guide themselves during air raids, bomb attacks, identify bombs, and how to dive into trenches during bomb blast through electronic and print media.

The NSCDC was transformed into a National security agency in 1984 and 1988, there was a major restructuring of the Corps. This made way for the establishment of Commands throughout the federation, and the addition of special functions by the Federal Government.

An Act to give statutory backing to the NSCDC passed by the National Assembly was signed into law by the Commander-in-Chief of the Armed Forces and the former president of the Federal Republic of Nigeria, Chief Olusegun Obasanjo, GCFR on June 28, 2003.

The roles and functions of the Nigeria Security and Civil Defense Corps include:

The Nigerian Police Force is the basic security agency in Nigeria, that is empowered to maintain law and order. They ensure that the laws of the government are implemented and enforced and offenders are prosecuted accordingly.

According to Section 214 of the 1999 Nigerian Constitution, it states that “There shall be a Police Force for Nigeria, which shall be known as the Nigeria Police Force, and subject to the provision of this section no other Police Force should be established for the Federation or any part thereof”.

The above secured the place of the Police as the principal law enforcement agency in Nigeria.

The roles of the Nigerian Police Force according to section 4 of the Police Acts and Regulations include:

The FRSC is a paramilitary organization in the country. It is responsible for ensuring that the federal roads are safe for motorists. The FRSC was established through Decree No. 45 of the 1988 constitution.

It is mandated to checkmate, educate, and assign speed limits to road users. They ensure that they adhere to the rules and regulations of the road.

The roles of the Federal Road Safety Corps include:

These are the major government security agencies in Nigeria.

I hope this information helps.. feel free to leave a comment .