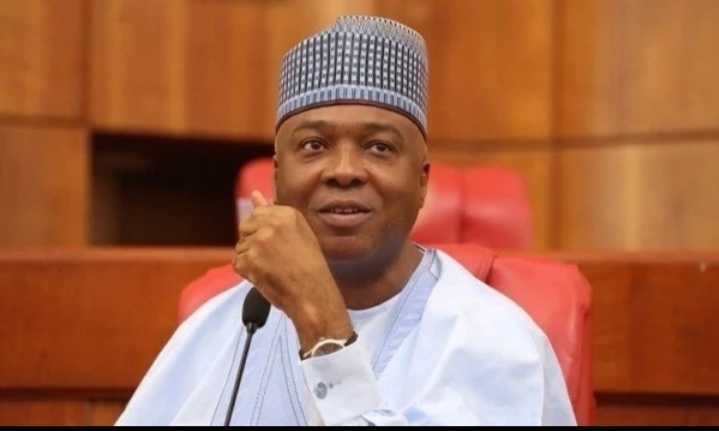 Current And Past Senate Presidents Of Nigeria Till Date

Do you desire to know the current and past senate presidents of Nigeria till date? Hang on! This article would enlighten you. Let’s roll!

What Is The Senate All About?

The Senate is the upper chamber of the National Assembly (NASS) and is concerned with the responsibility of making laws. It is made up of 109 senators representatives of the 36states of the federation. These 36 states are sub-divided into three senatorial districts, each having one representative, while the Federal Capital Territory Abuja elects just one Senator.

Who Is The  Senate President?

Current And Past Senate Presidents Of Nigeria

This great man was a journalist, politician, husband, and father.

Growing up, his dad used to travel a lot due to his job as a clerk in the British Administration in Nigeria and as a result, Azikiwe became fluent in Hausa, Igbo, and Yoruba languages.

He was the first Senate President, immediately after Independence. He died at the age of 91 on 11th May 1996. He is the father of Nigerian Nationalism in Nigeria.

Born in Asaba on June 29, 1911, he is a politician, poet, journalist, and lawyer. He succeeded after Nnamdi Azikiwe as the President of the Senate of Nigeria.

He was Dennis Chukwudi’s successor as the President of the Senate (1963 – 1966) and the first and only Senate president to become the President of Nigeria following the constitutional order of succession.

Born on May 21st, 1941 in Obudu, Cross River State, he was a one time commissioner for Transport and representative of the then Ogoja senatorial district.

Joseph Wayas was the first Senate president elected after the then-President Olusegun Obasanjo had terminated military rule in 1979, in the second republic.

Before joining politics, he was a lecturer at the University of Jos.

Born May 16, 1946, in Benue State, he is a Nigerian lawyer and politician. He was the President of the Nigerian Senate from 1993 to 1999. He served as a corporal at the Nigerian Police force be fore going to Study Law at the Ahmadu Belo University, Zaria.

Born on 29 October 1935 in Ikeduru, Imo State, he is a one-time chairman of the Nigerian Airports Authority NAA (1980 – 1983), Governor of Imo State in 1991, and Senate representative of the Imo-East Senatorial Zone.

He was elected as the President of the Nigerian Senate in 1999 defeating Okadigbo with 66 to 43 votes and was later removed from office on the 18th of November 1999 due to alleged falsified name. This led to the Senate doubting whether his name was Evan or Evans.

Who Are The Richest Igbo Gospel Musicians In Nigeria, See…

Chuba Okadigbo was a philosopher, academic, political scientist, and writer. He is from Anambra state, though was born in Asaba on 17 December 1941.

Before becoming the Senate president, he was first the Political Adviser and strategist to

His wife Margery Ebo, was late elected in 2015 as a senator to represent  Anambra North Senatorial District just like he did making them the first and only married couples to become senators.

Born 19 February 1961, he is a politician and member of the People’s Democratic Party (PDP). He is a native of the Ivo Local Government Area of Ebonyi State.

His victory at the 1998 senatorial election was nullified due to the death of General Sani Abacha, making his first attempt at joining the Senate an unsuccessful one. He contested again in 1999 and won, representing the Ebonyi South constituency of Ebonyi state.

One year after that, he became the President of the Nigerian senate after the impeachment of his predecessor Chuba Okadigbo. He also became the Secretary to the Government of the Federation (SGF) in 2011, during Goodluck Jonathan’s tenure as the president.

Adolphus Wabara was born on June 1st, 1948. He is a native of Abia State and the brother to the former Managing Director of Hallmark Bank, Marc Wabara.

His career as a senator started in 1999 and has been a rocky one.

He is happily married and blessed with 2 children.

Ken Ugwu Nnamani is a politician, businessman, and Industrial consultant born on the 5th of April,2005 and is a native of Enugu State.

He is the first Nigerian to receive the Defender of Democracy Award by the New York-based Parliamentarians For Global Action (PGA) in 2007.

From being the Senator representative of  Enugu East Senatorial District of Enugu State (2003), he was elected as the President of the Senate, shortly after his predecessor, Adolphus Wabara’s resignation, due to bribery allegations. He’s a member of the People’s Democratic Party (PDP).

David Alechenu Bonaventure Mark is a retired Nigerian Army Brigadier General and politician. He’s a member of the People’s Democratic Party (PDP) and was born in April 1948 in Benue state.

Before joining the Senate, David Mark rose to the rank of brigadier general in the army and was the Minister of Communication. On October 6th, 2007, he succeeded Ken Nnamani as the Senate President and was re-elected in April 2011, making him Nigeria’s longest-serving Senate President. He’s a senator to date.

Olubukola Abubakar Saraki was born on December 19, 1962, in London to the family of Mr. and Mrs. Olusola and Florence Morenike Saraki.  He comes from a very wealthy background and had his secondary education at King’s College. He later graduated from the London Hospital Medical College of the University of London as a medical doctor with a Bachelor of Medicine and Surgery.

In  2003, Bukola won the Kwara State Governorship election and was re-elected in 2007.  Following the footsteps of his father and sister, Gbemisola Saraki-Forowa, whom he succeeded, Bukola joined the senate in 2011 representing the Kwara Central Senatorial District. Then in 2015, he was elected unopposed as President of the Senate.

Bukola Saraki is married to Toyin Saraki and they are blessed with four children.

Ahmed Ibrahim Lawan was born 12th January 1959 and was a lecturer at the University of Maiduguri, Borno. He became a senator in 2007, succeeding Senator Shehu Usman Albishir as the Senator for Yobe North.

By defeating his opponent Senator Ali Ndume, with 79 votes to 28 in the 2019 election, he became the President of the Senate of Nigeria. He’s a member of the current ruling political party, All Progressive Congress (APC), thereby making him the first non-member of the People’s Democratic Party (PDP) to emerge as the  Senate President since 1999.

Who Are The Richest Igbo Gospel Musicians In Nigeria, See Top 10