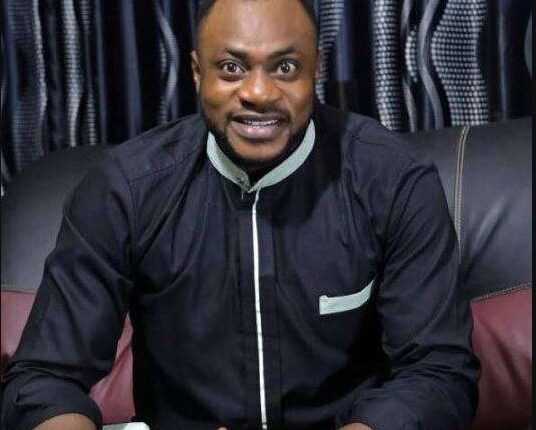 Longing to know about the top richest Yoruba actors in Nigeria? This article is all you need to get enlightened. So, let’s get started!

The Nigerian movie industry has become a fortunate field for many Nigerians dedicated and passionate about becoming Nollywood stars. Amongst these stars are Yoruba Actors and they have gotten recognition, awards, and paying cheques for their roles in several phenomenal Yoruba movies.  So in this article, we are going to be looking at the richest Yoruba actors in  Nigeria.

The number one person on the list of richest Yoruba actors is no other person than the most popular man in the Yoruba movie industry, Odunlade Adekola. He is an actor, singer, filmmaker, producer, and businessman. He’s an indigene of Ekiti state but he was born and raised in Abeokuta Ogun state. The most popular man in the Yoruba industry has appeared in various movies like  Sunday Dagboru, Alani Pamolekun, Mufu Oloosha Oko, Adebayo Aremu Abere, Odaju, Oyenusi, and many more. He was born on the 31st of December 1978.

Also, he attended St John’s Primary School and St. Peter’s College in Abeokuta, before moving on to the Moshood Abiola Polytechnic where he obtained a diploma certificate.  For Odunlade,  education is an important criterion so he went on to obtain a bachelor’s degree in Business administration from the University of Lagos.

Odunlade Adekola began his acting career in 1996 and ever since then he has appeared in various and movies and has received awards for his outstanding performance, like the Africa Movie Academy Award for the best actor of the year. Aside from being a phenomenal actor, Odunlade Adekola is also the CEO of Odunlade Adekola Film Production, owner of properties, and even saloons in Abeokuta. The Actor has an estimated net worth of 1 million US dollars or even more.

Kunle Afolayan is a big name in the Nigerian movie industry, with his outreach from acting to directing, producing, and even marketing and distributing movies.  Aside from being the first son of Adeyemi Afolayan, an iconic giant in the theatre and film business, Kunle Afolayan has made a reputable name for himself in the Nigerian Movie Industry. He was born on the 30th of September 1974.

He’s an indigene of Agbamu, a local government area in Kwara state. He studied Economics and landed himself a banking job while he was still doing little acting jobs before he finally moved into acting full time, then he decided to attend the New York Film Academy. Kunle Afolayan is a great director as well, for he is responsible for the movie “figurine” and its success.

The movie won a lot of awards and was also regarded as an English and Yoruba movie as well. Kunle didn’t just stop there, he went on to make another movie that was a hit, known as October 1. The movie talks about Nigeria and how the country was before it gained its independence. Kunle Afolayan also starred in the movie and we must say he did a really good job. When it comes to wealth and well being, Kunle Afoloyan is not someone that’s lacking in that area, he has an estimated net worth of about 700,000 US dollars or even more.

Femi Adebayo is another Yoruba actor that has an enormous number of followers and supporters because he was developed his acting skill into a profession that is bringing in money and recognition. He has starred in movies like Jelili, Apaadi, Ayitale, October 1, Shola Arikusa, Heaven on My Mind, and many more.

Femi Adebayo began his acting career in 1982 when he starred in his father’s movie “Ogun Ajaye” and ever since then he has gone on to win numerous awards for his acting, like Africa Magic Viewers Choice Awards (AMVCA) For Best Indigenous Movie, City People Movie Awards For Best Actor Of The Year and more. He’s also the special adviser to the Governor of Kwara state on Art, Culture, and Tourism. This alone has shown that Femi Adebayo is a huge name in the movie industry and he’s doing extremely well for himself. The actor is blessed with a net worth of about 500,000 US dollars.

The man that tops our list for today is no other person than the popular Gabriel Afolayan. He is a popular Yoruba and English actor, the second son of Adeyemi Afolayan, and Kunle Afolayan’s younger brother. So you can see that acting skill and talent runs in the Afolayan family. Aside from Kunle and Gabriel Afolayan, they also have other siblings, Moji Afolayan and Aremu Afolayan, who are doing well in the theatre and movie business.

Gabriel Afolayan was born on the 1st of March 1985 and he has starred in various movies like Gold Statue, Ojuju, Madam Dearest, Ija Okan, Hoodrush, Heroes, and Zeros, 7 Inch Curve, Okafor’s Law, and many more. He has also won Africa Movie Academy Awards Bfir est Supporting Actor in 2012. The award-winning actor is also doing well in the area of his finance with an estimated net worth of 500,000 US dollars.

This man has done a great job of making a lot of Nigerians laugh whenever he acts. He’s like the father of Yoruba comedy and he is doing a good job at it. Olaniyi Afonja is a popular Yoruba actor that is well known for his funny name “Sanyeri”, that he got from acting in a movie. It would be hard to talk about Yoruba actors that are rich and not speak about this man. He was born on the 14th of October 1974 in Oyo state.

He attended the St. Michael Primary School, Òkè-èbó, Oyo State, then went on to the Durbar Grammar School, Oyo Town, Oyo State for his Secondary school education. The outstanding actor and comedian started his acting career in 1992 when he joined a theatre group introduced to him by his friend. Later on, he moved to Lagos to gain better acting opportunities and since then he has starred in various movies like Obakeye, Awero, Edun Ara, Jenifa, Opa Kan, and many more. He is married and blessed with two male children. The certified actor and producer is blessed with a net worth of about 450,000 US dollars.

He is another Yoruba actor that is putting a smile on the face of many Nigerians because of his comic relief and acting skill. He has appeared in more than 50 movies and a veteran in the business of acting. He was born and raised in Ibadan but hails from Ogbomosho in Oyo.

He was born on the 5th of November 1967 and a graduate of Fine Arts from the Polytechnic of Ibadan.  He is also a script-writer, director, producer, and movie marketer. Although he was initially a businessman before he came into the movie industry and made it big time. The Yoruba actor is married and blessed with three kids. His net worth is about 400,000 US dollars.

He is another Yoruba actor that can murder a script and act any role. His phenomenal acting skill is something to talk about, with the way he dives into a character and plays it well as if it was designed for him. That’s not all, he possesses a wonderful sense of humor and he’s mostly mistake to be Odunlade Adekola’s brother because of their striking resemblance.

He was born on the  1st of February 1986 in Isolo, Lagos but he’s an indigene of Abeokuta, Ogun State. He came into limelight with his major role in Yewande Adekoya’s movie “Kudi klepto”. Ever since then it has been raining gold for Lateef Adedemeji. He has appeared in well over 50 movies like Koto, Igi Aladi, Bipolar, Ilu Ominira, Once Upon a Time, Yeye Oge , Kudi Klepto.

Muyiwa Ademola is another big name in the Yoruba movie industry. It is easy to say that if you haven’t seen this man in any of the Yoruba movies you are watching, then you are not a fan of Yoruba movies. He was born on the 26th of January 1971. He’s an actor, filmmaker, producer, and even a movie Director. He attended the st. David high school in Molete in Ibadan before he went to the University of Ibadan, where he obtained a bachelor’s degree in Adult Education. The popular actor began his career through his friend and director SI ola, who taught him about acting and movie production.

In 1991 he began acting full time and by 1995 he produced his first movie titled “asise”. Unfortunately, the actor got involved in a fatal accident that almost claimed his life but thankfully he escaped it. That didn’t stop him at all from pursuing his goals ambition and this has made him a successful actor and movie Personnel. Muyiwa Ademola is one of the Yoruba actors that is doing well for himself. Although we can’t be certain of his net worth he’s an actor with properties and wealth to show for it.

Funsho Adeolu is among the top richest Yoruba actors and he has become popular in Nigeria for his roles as a family man in many Yoruba and English movies. He was born on the 9th of May 1968 in Ondo state where he also obtained his Higher School Certificate from Baptist Academy.  He has been credited constantly for his creative work in Countdown at Kusini, a movie he acted in with other veteran actors like Ibidun Allison and the late Oba Funsho Adeolu. Funsho Adeolu is happily married to Mrs.

Victoria Adeolu and the couple is blessed with two sons. We must say that with Funsho Adeolu’s experience and acting skills, he has been able to build a good fortune for himself and his family. We can’t say for sure how much Funsho Adetolu’s net worth is, but we are 100 percent sure that he has millions for being a skilled actor with experience and a Creative Director.

Please, kindly share you views about the top richest Yoruba actors in Nigeria.