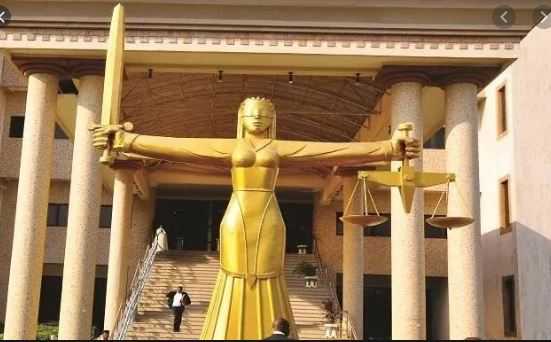 Hierarchy Of Courts In Nigeria And Their Jurisdiction

Courts and levels. This article would tell you the different hierarchy of courts in Nigeria and their jurisdiction. An excellent read.

Nigeria is a country that is highly populated with several kinds of people from different tribes which makes us unique in a special way. Therefore, there is a need for law and order to keep people in check to avoid crimes from becoming the order of the day. This is the need for hierarchy of courts in Nigeria and their jurisdiction. The Nigeria law is made up of courts, offenses, and various types of laws. Furthermore, under the Nigerian constitution, courts are recognized as either federal or state court.  The Nigerian constitution of May 29, 1999, which is regarded as the supreme law of the land, gave room for various courts in Nigeria. Nigeria has a four distinct legal system namely:

This law is concerned with colonial Nigeria

This law is concerned with the development of post-colonial independence.

This law is concerned with indigenous traditional norms and practices.

This type of law is used in the northern part of Nigeria. It is dominant amongst the Muslims . Sharia was gotten from Islam which means “way or path.  Sharia law has been a part of Nigeria since Allah knows when but the full sharia law was passed in Zamfara in 1999 and later adopted by other northern states like Kano, Katsina, Bauchi, and others.

Main Hierarchy Of Courts In Nigeria

This is the highest court located in Nigeria, currently in the federal capital Territory (FCT) and it’s headed by Chief Justice and other justices not more than 21 and they are appointed by the president based on the recommendation of the National Judicial Council(NJC), then subjugated to the confirmation of the senate. It is also the final appeal court in the country which means their verdict is final. It is located in the central distinct of Abuja. Furthermore,  according to the 1999 constitution, the supreme court has the appellate jurisdiction to entertain appeals from the court of appeals and it has the appellate jurisdiction over all lower federal courts and highest state courts.

This court is given the duty to create room and listen to appeals of a trial court or any other tribunal. It is made up of 16 divisions in different parts of the country and is also regarded as the second-highest court after the supreme court. It’s headed by the president and his or her appointment requires the senate confirmation.  More so,  its original jurisdiction is for presidential election petitions. There must be 3 judges from the customary law and 3 judges from the Islamic law. The court of appeal in Nigeria is also regarded as an intermediate appellate court for cases that seek an appeal in Nigeria due to injustice or other reasons. There is a total of 62 in the courts of  Appeal across the 6 geopolitical zones of the nation.

This court has appellate jurisdiction from tribunals such as Tax Appeal Tribunal and it’s presided by the chief judge.

Sharia court of appeal of a state and FCT is the highest sharia law court in the state. The sharia court is headed by the Grand Khadi and other Khadis for assistance.

This is the lowest court in Nigeria and it can be found in the 36 states for easy solving of conflict and enable the court to carry out its duties without geographical problem or distance. It is made up of

This court is concerned with English laws of Nigeria

This is the court that is mostly concerned with the northerners or Muslims. This court can be found in northern states like Kano, Bauchi, Yobe, Kebbi, and others. The laws in the Sharia court are based on the Islamic religion and beliefs,  thereby making it easy for Muslims to adapt to the laws.

This court specializes in electoral disputes that occur within the federal election and determining the validity of the election. This court is also vested with the veto to declare the winner of an election after the votes have been counted. Besides,  this court plays a huge role in promoting democracy and ensuring a free and fair election which is the pillar of a truly democratic state.

This tribunal deals with the Gubernatorial and legislative elections. This court has the job of settling disputes that may occur during Governorship elections.

Please, kindly share your views concerning the hierarchy of courts in Nigeria and their jurisdiction.