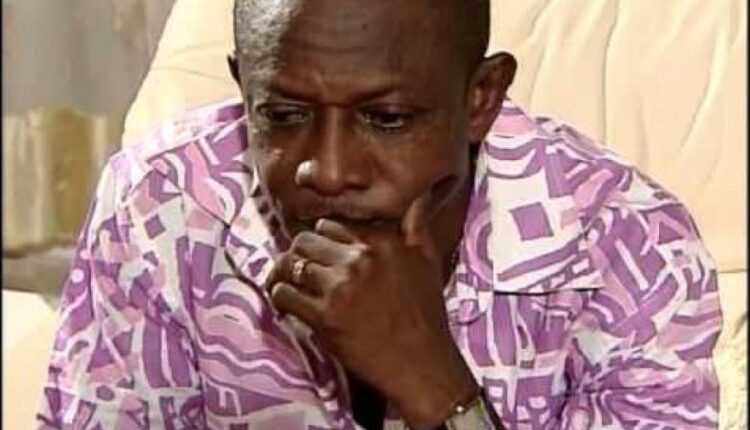 What do you know about the top richest Igbo actors in Nigeria? This article would tell you more. So, let’s get started!

Acting has now become a very lucrative career because it has made many individuals celebrities and blessed their pockets with money. So, gone are the days when actors and actresses made a penny for their brilliant performance, that’s why this article is focused on the top richest actors from Igboland.

The first person on our list of the richest Igbo actors in Nigeria is Jim Iyke. He’s a Nigerian actor, singer, and producer. He’s the only son of his parents in a family of eight children and hails from Anambra state. The actor was born in Garbon on the 25th of September 1976. He attended Federal Government College, Kwali, Abuja. Later, he attended the University of Jos, where he studied banking and finance and also philosophy. The Nigerian has grown into a successful actor and he’s the highest-paid actor in Nigeria. He has starred in movies like Between Kings and Queens,  Last Flight to Abuja,  And Then There Was You, When Love Comes Around, Stalker, American Driver, Merry Men: The Real Yoruba Demons, and many others. Aside from acting, Jim Iyke is also a businessman and the owner of Burgeon bottled water. He’s also the founder and CEO of the Untamed Clothing line and untamed records. The actor has a net worth of 30 million dollars.

He’s another Igbo man that has starred in many Nigerian movies and reality shows as a host. He’s well known for movies like Abuja Connection, Critical Condition, Fire Dancer, The Seed, and others. He was born on the 17th of March 1972 and hails from Idemili South LGA, Anambra State, Nigeria. He started his acting career in 1995, and since then, he puts in huge efforts whenever it comes to delivering a great acting performance. He also made good money from hosting the popular Gulder ultimate search and he’s blessed with a net worth of 7 million  US dollars.

Mike Ezurounye is another actor that has entertained the world with his excellent performance and dedication to the art. He used to be a banker before he ventured into acting full time. He was born on the 21st  of September 1981 and comes from  God’s state known as Abia state. He attended the Federal Government College in Wukari, Taraba,  then moved on to the Archbishop Aggey Memorial School, Lagos, and finally studied banking and finance at the Nnamdi Azikwe University. The actor has turned his name into a household name because of his appearances and performance in movies like the Occultic Kingdom, Desire, Ropes of Fate, Keep Me Alive, Unforgivable, Calabash, The Duplex, and many more. In doing so, the actor has harnessed a net worth of 4.7 million US dollars.

If you love Nigerian comedy movies, then you should have come across this man or even fallen in love with him. He has a genuine talent for making people laugh and he has done a great job by doing so. He’s also an Igbo man from Enugu and was born on the 17th of October 1961. This man is an epitome of hard work and dedication. After his primary school education in 1974, he went to stay with his brother in Sapele, where he had to work to support himself and his family. He did several jobs like hair styling, photography, and even worked as a company worker. John Okafor popularly known as Mr. Ibu is an example that anybody with focus and determination can make it in life. He has starred in well over 200 movies like Mr.Ibu (2004), Mr.Ibu in London, Police Recruit, 9 Wives, Ibu in Prison, Keziah, and others. Mr. Ibu is doing well for himself with a net worth of  4.2 million US dollars.

He’s another popular comedian in a lot of Nigerian comedy movies and has done a wonderful job of making people laugh because of his outstanding acting performance in movies. He’s popularly known as Osufia because of his character in the movie “Osufia in London”. He was born on the  7th of February, 1958, and hails from Amagu Village, Udi Town in Enugu State, Nigeria. His acting career goes way back to the 1980s when he starred in “things fall apart.” He studied Engineering at the University of Ilorin. The actor has starred in other movies like  Ukwa, 1999 Big Man…Big Trouble, Sawam, Conspiracy, Fake Doctor, Police Officer, Spanner, and many others. The man is also a brand ambassador to MTN and he’s making good money from the endorsement deal. He has an estimated net worth of 3.9 million US dollars.

He’s a veteran in the Nigerian movie industry and we can say he has been acting for a very long time. His presence in movies tends to make the atmosphere more tensed, thereby making the movie more interesting for the viewer to watch. He’s an Igbo man born on the 7th of March, 1947, and hails from Enugu. He has been blessed with awards like Industry Merit Award by Africa Magic and Lifetime Achievement by Africa Film Academy and more. His acting came into limelight when he played the lead role Okonkwo from “things fall apart,” based on the novel by Chinua Achebe. Ever since then, he has gone on to star in movies like Unroyal, Lionheart, Mummy Why, Heavy Battle, Test Your Heart, Greatest Harvest, Secret Pain, Fair Game, Holy Cros, Lacrima, and more. The veteran has been able to harness a net worth of 3.8 million US dollars.

O.C Ukeje is a good looking actor from Nigeria that is doing very well in the movie business. He’s an actor,  model, and musician too.  The actor come into the celebrity spotlight when he won the Amstel Malta Box Office Reality TV show. He was born on the 15th of July, 1981, and hails from Umuahia but, he was born and raised in Lagos state. The Nigerian actor attended Federal Government College, Ijanikin, in Lagos before moving to the University of Lagos, where he started his acting and a degree. O.C. Ukeje has become a big name in the Nigerian movie business and over the years he has appeared in various movies like Brides and a Baby, Hoodrush, Alan Poza, Confusion Na Wa,  Half of a Yellow Sun, and many more. So, we can say the actor is doing well for himself. He has an estimated net worth of 3.7 million US dollars.

Another popular comic actor and he is among the richest Igbo actors from Nigeria. He is well known to make anybody of any age laugh and laugh hard as well. But, at the same time, he can take up serious roles that can role down tears from a  viewer’s eyes. So, you can say he’s a versatile actor. Chinedu Ikedieze was born on the 12th of December, 1977, and hails from Bende, Abia State, Nigeria. His fame began when he starred in the 2002 movie “Aki na Ukwa” alongside Osita Iheme. Since then, he has starred in movies like Okwu na uka, Aka Gum,  The Tom and Jerry, The Catechist, Show Bobo, School Dropouts, Pipiro, Seeds of Bondage, and many more. The actor is also a graduate of Theater Arts and mass communication from the Institute of Management and Technology, Enugu (IMT). He also went to the New York Film Academy in 2004. Chinedu Ikedieze has done well for himself and has a net worth of 3.5 million dollars.

Emeka Ike is another talented veteran in the acting business and has done a great job in acting serious and romantic characters in Nollywood movies. He was born on the  22nd of March, 1967, and hails from Imo state. He is well known in Nigeria for starring in a lot of movies like After My Heart, Test My Heart, Strength of a woman, A Can of Worms, Love Affair, Stigma, My Love, and others. Although the actor may not appear in a lot of movies nowadays, he’s still doing well with a net worth of 3 million US dollars.

The actor and the recently licensed barrister is the man that ends our top 10 richest Igbo actors for today. He’s an actor that has become popular for his ritualist or occultic roles in Nigerian movies. He was born on the 1st of March, 1962, and hails from Mbaise, Imo State, Nigeria. His real name is Anayo Modestus Onyekwere and a graduate of law from the University of Abuja, then he was called to the bar in, 2020. He made his first movie appearance in living in Bondage in 1992. Since then, he has appeared in over 100 movies like Family battle, Across the Niger, Up north, living in Bondage: breaking free, and many more. We can say Kanayo O Kanayo is doing well for himself as an Actor and a Lawyer. He has an estimated net worth of 2.5 million dollars.