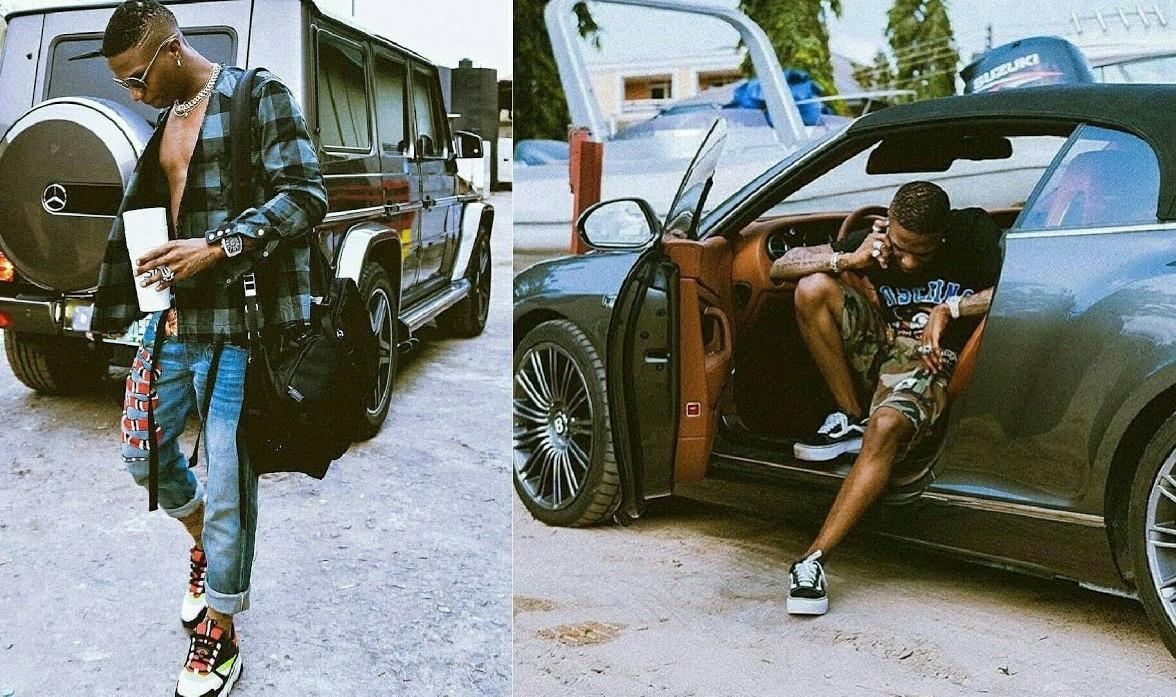 10 Richest Musicians in Nigeria and their Net Worth 2021

In this post, I will be reviewing the 10 Richest Musicians in Nigeria and their Net Worth. This post is based on extensive research on the internet in order to bring you the most detailed review of the richest Nigerian musicians. The Nigerian Music Industry is a lucrative venture. Fans always get into a debate about who is the richest musician in Nigeria or that their favourite musicians are the richest.

We bring to you the 10 richest musicians in Nigeria and their net worth of 2021. This list is not from the reputable American magazine company, Forbes. But we can assure you this is the best list you can get for this topic. It’s always a tedious task to ascertain the exact wealth of musicians in Nigeria. So this list was compiled after vigorous research and credible information from good sources.

10 Richest Musicians in Nigeria and their Net Worth 2021

David Adeleke a.k.a Davido is number one in the list of 10 richest musicians in Nigeria. The son of Nigeria Billionaire has made a name for himself in the music industry. He is the most followed Nigerian on Instagram, Twitter and other popular social media platforms. He has a house in Georgia Atlanta worth $1 million. 27 years old is the CEO of his record label – Davido Music Worldwide (DMW).

Wizkid and Davido are the two biggest musicians in Nigeria and often times we see fans enter into an argument about who is the richest. While Davido is richer, the margin is so slim. Wizkid is the CEO of his record label – Starboy Records. He has collaborated with various big American musicians such as Chris Brown, Future, Drake e.t.c. He has big endorsement deals with brands like Globacom, Pepsi, United Bank of Africa (UBA).

Don Jazzy is a big influence in the Nigeria music industry. He is a co-founder of defunct Mo’hits Records, which was arguably the best record label at the time before he parted ways with D’Banj. Don Jazzy later went on to form Mavin Records, which is now home to musicians such Tiwa Savage, D’ija, Rema, D’Prince, Dr Sid e.t.c. Don Jazzy is a music producer also with various chart-topping hits to his name.

Real name Oladapo Daniel Oyebanjo, D’Banj is the co-founder of defunct Mo’hits Records. In the early 20th century, D’Banj was the biggest musicians in Nigeria. He signed a lot of endorsement deals worth millions including his famous Globacom N70 million naira for two years back in 2008. His smashing hit “Oliver Twist” paved the way for a lot of other musicians in the country into entering the international market.

Coming up at number five in the list of 10 richest musicians in Nigeria is none other than 2Baba formerly known as 2face Idibia. The Benue born musician has been in the industry for over 20 years and is considered a living legend. He has various endorsement deals with the likes of Guinness, Globacom, Campari e.t.c. He is the CEO/Owner of Hypertex records.

Peter Okoye a.k.a Mr P was part of the famous music group P-Square with his other twin brother. The group had to split up due to personal reasons and Mr P has been doing good for himself ever since. He got good endorsement deals with brands like Globacom, Olympic Milk, Kia Motors and many more.

Next on the list of 10 richest musicians in Nigeria is Paul Okoye a.k.a Rude Boy. The other half of the popular P-Square group and like his twin brother Peter, Paul is now a solo musician. He still has a good investment in real estate, luxury and endorsement deals.

Bankole Wellington a.k.a Banky W is a big musician in the country. Though it no longer makes music, his great success as an artist and label owner can’t be underappreciated. His record label EME records was once home to Wizkid who is second on the list. Wizkid brought a lot of endorsement and show money at the time. Banky W also got endorsement deals of his own with brands like Samsung Nigeria, 9Mobile e.t.c

Anytime Alfred Odom a.k.a Timaya is another rich musician in Nigeria. Timaya has been in the industry for more than a decade with endorsement deals from Henessy, Globacom and others. He is the CEO/Owner of Dem Mama Records, which paved the way for Patoranking.

Lastly, on the list of the 10 richest musicians in Nigeria, we have Olamide Adedeji known by his stage name as simply Olamide. He is the first big indigenous rapper since Da Grin. Olamide is CEO/Owner of YBNL records which has been successful in bringing out artiste like Lil Kesh, Adekunle Gold, Chinko Ekun, Lyta, Fireboy DML e.t.c.

There are many rich musicians in the Nigerian industry. The industry is very lucrative but not everybody can’t be on the list of 10 richest musicians in Nigeria and their net worth. Other popular names that weren’t included are Phyno, Tekno, Flavour, Patoranking, Tiwa Savage e.t.c